Mayacamas Vineyards is located in the mountains that divide the Napa and Sonoma valleys - the Mayacamas Range in California. The old stone winery was dug into the side of Mount Veeder in the...Read More

Mayacamas Vineyards is located in the mountains that divide the Napa and Sonoma valleys - the Mayacamas Range in California. The old stone winery was dug into the side of Mount Veeder in the late 1800s.

Mayacams Vineyards now has 52 acres of vineyards planted on moutainsides between 1,800 and 2,400 feet above sea level. Officially, after its founding in the late 19th century, the winery fell into disuse following Prohibition and was relaunched and rechristened as Mayacamas Vineyards when it was purchased by Jack Taylor and his wife Mary in 1941. In the 1960s the estate was purchased by Bob and Elinor Travers. The Travers maintained ownership of Mayacamas Vineyards until 2013 when the estate was purchased by Charles Banks and his wife Ali. Regarding the purchase, Banks said, "We are only the fourth owners in Maycamas' distinguished 124-year-old history. We are honored and grateful to become stewards of this unique property; truly a jewel in the crown that is Napa Valley. We are excited to continue the legacy that has been created at Mayacamas."

Today, Mayacamas Vineyards is known for producing a different style of Napa Valley Cabernet, one that favors a pure expression of the grape variety, its terroir of origin and vintage over the oak flavors from aging. Their portfolio includes their signature Cabernet Sauvignon, a Chardonnay and a Merlot. These wines are regularly acclaimed by critics for their bright and fresh profile, as well as their remarkable potential for age. 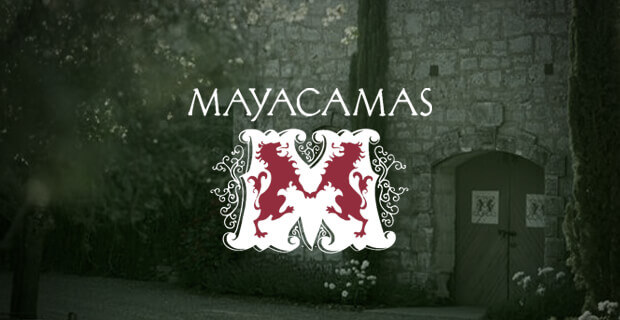 Perched high atop an ancient mountain range, at elevations between 1,800 to 2,400 feet, the vines of Mayacamas Vineyards have borne witness to the transformation of the Napa Valley wine region over the past century. In a winery built of stone, virtually unchanged since the 1890’s, the Mayacamas team produces another kind of Napa Valley Cab, along with a signature Chardonnay and a single-varietal Merlot. In stark contrast with the rich, heavily new-oaked Cabernets that have come to represent the Napa Valley style, the wines of Mayacamas are bright and fresh, dramatically fine yet with extraordinary potential for age.

Mayacamas Vineyards : The History of a Napa Valley Icon

The history of Mayacamas Vineyards dates back to 1889, when the winery was first constructed by German immigrant John Henry Fisher, using stones he found around the estate. It was also Fisher who planted the first grape vines here, 130 years ago. In the decades that followed, the winery fell into decline, though it is rumored to have served as a site for the production of bootleg wine and grappa during Prohibition. In 1941, the 260-acre estate formerly named Fisher and Sons was purchased by Jack and Mary Taylor, who named it Mayacamas after the mountain range on which it stands. In the indigenous Wappo language of the region “Mayacamas” is said to mean “the howl of the mountain lion,” illustrated on the wine label by two lion motifs gracing the “M” logo. The Taylors renovated the winery and planted Chardonnay and then Cabernet Sauvignon, which remain to this day the flagship varieties of the estate.

In 1968, Mayacamas Vineyards was sold to Robert Travers, a vintner who previously worked with the legendary Joe Heitz of Heitz Cellars, and his wife. Under their direction, the vineyard land was expanded and the facilities significantly enlarged. It was during this time that the Mayacamas 1971 Cabernet Sauvignon earned international fame, coming in 7th place at the 1976 Judgement of Paris tasting and in second place – ahead of all French wines – when the same wines were re-tasted in 1986. Over his 45-vintage career as owner and winemaker at Mayacamas, Travers diligently recorded all aspects of each harvest, leaving behind a priceless archive of information to serve as a framework for the future.

In 2013, Travers sold Mayacamas Vineyards to new owners: investor Charles Banks (formerly managing partner at Screaming Eagle) and his wife, along with retail entrepreneur Jay Schottenstein and his son Joey. At this time, winemaker Andy Erickson (with former experience at Harlan, Screaming Eagle and Staglin) joined the team as a consultant to work with Braiden Albrecht. Esteemed viticulturalist Phil Coturri was also brought on board to manage vineyard operations. Coturri immediately got to work replanting the vineyards and beginning the estate’s conversion to organic viticultural practices. Charles Banks is no longer involved with Mayacamas Vineyards. In 2017, the Schottenstein family assumed 100% ownership of the estate. In the same year, Mayacamas Vineyards came dangerously close to disaster, when the California wildfires took out two rows of vines and one of the historical outbuildings of the property, housing the tasting room and the Schottenstein family’s personal wine collection. Luckily, the rest of the estate survived, and the team opened a tasting room in downtown Napa.

Mayacamas Vineyards is a historic winery situated high up in the Mayacamas Mountains, on the edge of a crater on a long-extinct volcano. The estate belongs to the Mount Vedeer AVA within the Napa Valley AVA, on the border of Napa Valley and Sonoma Valley in California. The roughly 50 acres of vineyards are planted at elevations between 1,800 to 2,400 feet, making them some of the highest altitude vineyards in all of Napa. The mountain’s unique microclimate, characterized by cooler days and warmer evenings, result in a very long growing season, allowing the fruit to ripen slowly and gradually.

The vines, the oldest of which date back to the 1950’s and 1960’s, stretch their roots deep into well-draining, dry-farmed soils that are very poor in nutrients. This creates a struggle for the vines, which results in very small yields of extremely concentrated, intensely flavored and tannic grapes, ideal for the production of age-worthy wines. In 2013, the Mayacamas Vineyards team transitioned the vineyard to organic farming, a commendable first step in the direction of environmental sustainability.

Winemaking at Mayacamas Vineyards : Against the Grains of Napa Valley

What sets Mayacamas Vineyards apart from other famous Napa Valley producers is its signature winemaking style, which favors a pure expression of variety, vintage and terroir over ample oaking. After sorting, the grapes are destemmed and the juice allowed to flow down by means of gravity to wood-covered cement fermentation tanks, which help preserve the natural acidity of the wine, as well as bright fruit flavors. Throughout its history, Mayacamas Vineyards has cultivated and produced wine from several different varieties, including Pinot Noir, Zinfandel, Chenin Blanc, Sauvignon Blanc and Semillon. They now focus on Chardonnay, Merlot and – of course – Cabernet Sauvignon.

In stark contrast with the new oak barrels typical of most Napa Valley Cabs, the wines of Mayacamas Vineyards are aged in large, old neutral oak foudres, many of which have been around since the 1920’s. These foudres impart little oak character to the wines, allowing the vineyard character to fully shine through. The wines spend quite some time in the barrel and are often aged in bottle at the property for several years before release. The Mayacamas Chardonnay is bottled without undergoing malolactic fermentation and aged for around 9 months before release.

The winemaking practices atMayacamas Vineyards results in a signature style that has been widely recognized by critics for its beautiful freshness and an intensity of tannins, which translate into remarkable aging potential. The Mayacamas Cabernet Sauvignon is considered one of the best in Napa, similar in style to the reds of Left Bank Bordeaux. With its deep, dark core of sweet black cherry and its incredibly rich and concentrated texture, the Mayacamas Cabernet has often been called the Chateau Latour of California. Equally long-lived is the Mayacamas Chardonnay, a Napa Valley white whose lemon oil and white flower petal fragrances are complemented by remarkable intensity and finesse. And the Mayacamas Merlot is a gorgeous expression of the more serious, elegant side of this varietal, with a nose full of red raspberry, black cardamom and clove, followed by a mineral, bright palate.