Founded in 1973 by Jack and Dolores Cakebread, Cakebread Cellars has established its reputation over the past 40 years as an estate that delivers top quality wines year after year. Cakebread...Read More

Founded in 1973 by Jack and Dolores Cakebread, Cakebread Cellars has established its reputation over the past 40 years as an estate that delivers top quality wines year after year. Cakebread Cellars first began as a family winery ranch in Rutherford, in California's Napa Valley. Since then, the winery has acquired 12 more vineyard sites in Napa Valley and the North Coast enabling the Cakebreads to completely control the quality of the fruit they grow and the wines they craft. Today they offer a versatile portfolio of many different grape varieties from some of the most cherishered terroirs of the Napa and Anderson Valleys. 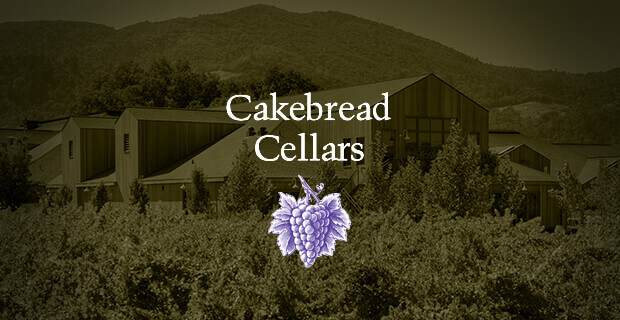 In the early 1970’s Jack Cakebread visited Napa Valley in California and fell in love with the region’s diverse landscape and wines. In 1972, he returned with his wife Donna to purchase a 22-acre ranch in Rutherford from family friends. Over the course of the next four decades, the small family business grew and Cakebread Cellars became a globally recognized brand. Today, the family’s landholding expands over 584 acres planted in vines, a rich mosaic of microterroirs and soils in several AVA’s of Napa Valley and Anderson Valley. The abundant Cakebread Cellars portfolio offers the chance for a tasting of these Californian terroirs, beautifully expressed through a wide range of styles and grape varieties, and perfect to be paired with food.

The History of Cakebread Cellars

Having worked on his father’s ranch in Contra Costa Country and helped manage the family’s car repair business in Oakland, it was Jack Cakebread’s passion for photography that first brought him to Napa Valley to photograph the now renowned coffee table book the Treasury of American Wines. While visiting family friends, the Sturdivants, he casually mentioned his interest in buying their land and when they accepted, Jack and his wife Dolores decided to use the advance on the book as down payment. In 1973 Cakebread Cellars was born. The family began taking winemaking classes and tasting, planting their first Sauvignon Blanc vines on AxR1 rootstock within the first year.

In 1974, the initial winery was completed just in time for the release of its first wine, 157 cases of the 1973 Chardonnay. One year later, the Cakebreads produced their first Cabernet Sauvignon at Keenan Winery nearby, releasing the 1974 vintage in 1976. In that year, they also released their first Zinfandel from Howell Mountain, crushed at Las Domingus Ranch. In order to make space for the production of these new wines, the winery was expanded in 1977 and the family hired Larry Warra, an enologist then working for Mondavi, to consult. Jack and Dolores’s son Bruce Cakebread also joined the business in 1979 and in the years that followed, Cakebread Cellars really took off. A new winery was built in 1980, winning several architectural awards. The family purchased a 12-acre ranch and planted it with Cabernet Sauvignon and Cabernet Franc. In 1986, Dennis Cakebread also joined the family business, managing its finance, sales and international marketing. These were events crucial to the success that followed.

During the 1990’s, Cakebread Cellars underwent massive growth, with the early success of the first wines financing the acquisition of top vineyards, the expansion of the winery (followed by the addition of the Oakville winery in 2000) and purchase of fruit from neighboring growers. Managing the new properties came with its own set of challenges, however. One of the greatest appeared in the form of phylloxera, which attacked the AxR1 rootstock and resulted in damage to 75 acres of vineyards, which then needed to be replanted. Nevertheless, the strength and determination of the family allowed the business to persevere. The Cakebreads are now one of the most influential families in Napa Valley wine, with Jack, Dennis and Bruce having served as president of the Napa Valley Vintners Association. In 2002, Bruce Cakebread took over as President and CEO of the company and in 2013, Cakebread Cellars celebrated one of their most important events: their 40th anniversary - the legacy of a wine empire built by just two generations.

A Collection of Vineyards in Napa Valley and Anderson Valley

Following the purchase of their initial 22 acres in Rutherford in 1972, the Cakebread family continued to gradually add carefully selected vineyard properties to their land holdings. They currently own 15 sites, totaling 1,617 acres of land in Napa Valley and the Anderson Valley. Of these, 584 acres are panted to the grapevine. The estate wines are produced from 12 properties, each with its own signature style apparent at the tasting. In the Carneros AVA, these include the 41-acre Tinsley Ranch vineyard, 44-acre Milton Road vineyard, 75-acre Cuttings Wharf Road vineyard and 316-acre Foster Road Vineyard. In the Rutherford AVA, Cakebread owns the 47-acre Winery Ranch Vineyard and 7-acre Hill Ranch Vineyard. In the Napa Valley AVA, there is the 157-acre Suscol Springs Vineyard and the 12-acre Doggwood Vineyard. The family also owns the 29-acre Dancing Bear Ranch in Howell Mountain, the 32-acre Maple Lane Vineyard in Calistoga and 109 acres in the Anderson Valley of Mendocino County.

The vineyard teams cultivate a very wide range of varieties for white wine and red wine in a diverse mosaic of microclimates and soil types, relying on a blend of traditional and modern techniques, always with an eye toward future trends in style and food pairing. In 2008, Cakebread Cellars became the second ever “Napa Green Certified Winery,” a distinction received as recognition for sustainable practices. At Cakebread, these include reducing energy, total waste and water use. The winery and tasting room have installed energy efficient refrigerator pumps, lighting and controllers. In 2010, for example, the team reduced total waste by 12% and recycled 81% of its remaining total waste. The viticultural teams are currently in the process of certifying all of its vineyards in the Napa Green Land program, promoting sustainable farming practices and restoring the natural habitat of many native species of flora and fauna.

The vineyard managers, led by Director of Viticulture Toby Halkovich, are also equipped with the newest technologies, which greatly increase the efficiency of organic and sustainable practices in the vineyards. For example, sophisticated weather stations throughout the property measure and record up to 30 different environmental factors (e.g.: temperature, wind speed, humidity, soil moisture), which can be used to quickly respond to any potential environmental dangers.

Winemaking at Cakebread Cellars is today led by winemaker Julianne Laks and cellar master Brian Lee, who have been with the company for 26 and 25 years, respectively. While the team works hard to maintain the company’s bedrock values of continuity and stability, the winemaking style is in constant evolution in order to adapt to changing palates. The team has embraced techniques like whole-cluster pressing white grapes to enhance freshness and varietal expression, aging Chardonnay on its lees to achieve a rich, creamy style at the tasting and carrying out malolactic fermentation on the white wine in order to soften any excess acidity gained from harvesting early (which, in turn, is meant to lower alcohol content). This makes them exquisite wines to pair with food.

Most recently, Cakebread Cellars has invested in state-of-the-art technologies, including a brand new juice chemistry analyzer, destemmer and sorter. At the winery, close attention it paid to finding new ways to generate and conserve energy in an effort to be as sustainable as possible and preserve the winery and vineyard for generations to come.