Save up to $500 with our Black Friday Week sale* ! Promo code : BF2022 | Learn more *Offer valid until 11/27/2022. Excluding futures wines, rare wines, no discount applicable wines and on sale items.
Not combinable with other promo code. Valid once per customer.

Chateau Branaire-Ducru is the story of a Fourth Growth classified in the Official Classification of Bordeaux of 1855, which has stood the test of time and become one of...Read More

Chateau Branaire-Ducru is the story of a Fourth Growth classified in the Official Classification of Bordeaux of 1855, which has stood the test of time and become one of the most prestigious crus in the Medoc appellation and the Bordeaux region.

Situated near the village of Saint-Julien-Beychevelle, between Margaux and Pauillac and 40 km away from Bordeaux, Chateau Branaire-Ducru is classified as an AOC Saint-Julien.

The history of Chateau Branaire-Ducru began in 1680 when Jean-Baptiste Braneyre, a royal notary in Bordeaux, acquired part of the Beychevelle estate. The current Chateau was built by his descendants, the Duluc family. Chateau Branaire earned its iconic reputation when the estate was included in the Official Classification of 1855, following an invitation from Emperor Napoleon III. Chateau Branaire was named Branaire-Ducru when Louis Duluc's nephew, Gustave Ducru, took over the estate in 1857.

A new chapter was written in 1988, when Patrick Maroteaux took over the running the estate. An iconic figure in the world of wine and a great ambassador of Bordeaux, he dedicated all his energy and passion to brilliantly lead a strategy to regain the terroirs by restoring Chateau Branaire-Ducru to its former glory. Thanks to him and to the major work carried out on the estate (total overhaul of the cellars in 1992 with the construction of one of the first gravity-fed vats and vinification by plot in small tanks with gentle extractions, fewer yields, and sustainable growing methods), Chateau Branaire-Ducru successfully became one of the Medoc's most prestigious Crus. Patrick Maroteaux sadly passed away in November 2017. The family legacy continues with his son, François-Xavier Maroteaux.

The vineyard of Chateau Branaire-Ducru spreads over 60 hectares, following a 10-hectare extension in 2010. Composed of several plots, the vineyard runs along an east-west axis in the southern part of the appellation. The vines are 35 years old on average, however, some are over a hundred years old. They rest on gravelly-siliceous alluvial soils from the Quatenary period. Recognised as one of the warmest terroirs in the region, this allows the late-ripening grape varieties to develop and ensures perfect phenolic ripeness. The vineyard perfectly characterises the Medoc with a majority of Cabernet Sauvignon (65%), 28% of Merlot, 4% of Petit Verdot and 3% of Cabernet Franc.

The style of Branaire-Ducru is defined by wines that truly stand out from the other Saint-Julien crus. Bearing a certain identity, the wines are renowned for their consistency and elegant finesse, pleasantly underlined by the presence of ripe fruit in a supple and velvety texture. Paying tribute to one of the chateau's historic owners, Chateau Branaire-Ducru also produces a Second Wine, Duluc de Branaire-Ducru, that includes a selection of the estate's youngest vines.

Looking for Chateau Branaire Ducru wine futures from the newest Bordeaux vintage? Take a moment to look at our full range of fine wine futures and discover information about all the benefits of purchasing them as wine futures! 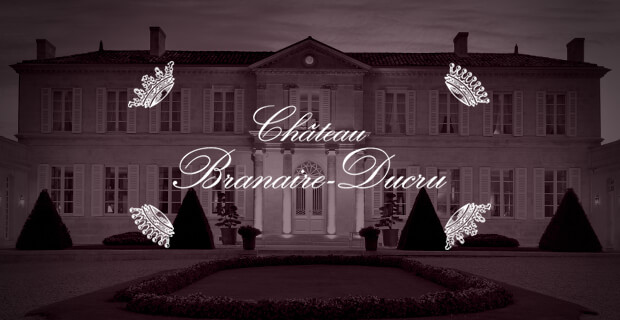 Expanding over 50 hectares of vines in the Saint-Julien appellation, Chateau Branaire-Ducru takes one part of its name from Mr. Braneyre, who owned the estate in 1680, and the other from Gustave Ducru, who owned it 2 centuries later. But it was in 1988, with the arrival of Patrick Maroteaux, that this historic property entered a new age of modernity, with more focused attention on the quality of its wines. Discover the magnificent wines of Chateau Branaire-Ducru, a perfect expression of the signature terroir of Saint-Julien.

The property known today as Chateau Branaire-Ducru has a history of winemaking dating back to 1680, when it was part of the famous Beychevelle estate. Following the death of the owner, the massive property was broken into pieces and used to pay off family debt. It was Jean Baptiste Braneyre who purchased the vineyards and created the Chateau Branaire-Ducru estate in 1680. A few decades later, the owner's daughter, Marie Braneyre married Pierre du Luc and had Laurent du Luc who ended up marrying Marie de Chillaud of the Fieux de Larenchere. After the death of Laurent du Luc in 1814, during the penultimate campaign of Napoleon, the Branaire-Ducru estate passed to his wife, Marie, who managed it alone and then passed it on to her two sons. In 1824, Louis and Justin Duluc commissioned a beautiful chateau on the property and named it after the father of their grandmother, Braneyere (but spelled Branaire instead). In 1855, the year of the World's Fair in Paris, Napoleon requested wine samples from the top producers of Bordeaux for what would become the most famous classification system in the world of French wine. Chateau Branaire-Ducru was ranked a Fourth Classified Growth, joining the prestigious family of Bordeaux Grand Crus.

In 1875, the estate was taken over by Gustave Ducru, a distant relative who added his name to the property. After his death and the death of his sister, Zelie Ravez, the property was inherited by three nephews - the Marquis de Carbonnier de Marzac, the Count of Ravez and the Count of Perier de Larsan, deputy of the Gironde. The noble crowns of the latter are still illustrated in the four corners of the estate's wines today. In 1988, Patrick Maroteaux purchased Chateau Branaire-Ducru, bringing a new age to the estate. Maroteaux began modernizing the vineyard and winery, reducing yields and increasing vineyard size by 10 hectares. He did so with the help of winemaker Philippe Dhalluin. The winery was redesigned to allow for gravity-led movement of wine into tanks. In 2004, Philippe Dhalluin left Branaire-Ducru for a position as Winemaking Director at Chateau Mouton Rothschild, and was replaced by Jean Dominique Videau. The chateau is now owned by Francois Xavier Maroteaux, who took over after his father passed away in 2017. Over the past few decades Chateau Branaire-Ducru has become known as one of the top values on Bordeaux's Left Bank.

The 50 hectares of vineyards belonging to Chateau Branaire-Ducru are located in the Saint-Julien appellation, between Margaux and Pauillac, in the Medoc region. The parcels extend along an east-west axis in the southern part of the appellation. The soil type here is dominated by clay, siliceous alluvium and deep Quaternary gravel, ideal for growing Cabernet Sauvignon, the flagship varietal of Bordeaux's Left Bank, which covers 65% of the estate's planted area. The rest is planted with 28% Merlot, 4% Cabernet Franc and 3% Petit Verdot. The vines grow on a slope with a peak elevation of 14 meters. As it is commonly believed in the St. Julien appellation, the best terroir is that which is located closest to the Gironde River, which regulates the temperature. This results in mild winters and cool summers in this area, perfect for Cabernet Sauvignon and some later grape varieties, like Petit Verdot, to reach full maturity in time for harvest.

Overall, the vines have an average age of around 35 years, though the oldest vines are close to a century old. The vineyard territory is divided into 15 blocks and 70 different parcels, each of which is grown at its own density, falling somewhere between 6,000 and 10,000 vines per hectare.

The harvest at Chateau Branaire-Ducru occurs on a parcel-by-parcel basis, as does the vinification at the brand new, gravity-flow winery. The fruit ferments in 28 temperature-controlled vats of stainless steel, with the size of the vats varying between 30 hectoliters to 210 hectoliters, depending on the parcel vinified in each. Fermentation takes place at temperatures between 26 to 28 degrees Celsius for around 21 days. Malolactic fermentation also takes place in the tank. The wines are then pressed and aged separately in French oak barrels, of which around 60-65% new, for a period of 16-20 months, depending on the vintage. The wines are not filtered and racked with the help of gravity as it ages. The fining is done with fresh eggs before the wines are bottled at the chateau. In a constant search for excellence since his arrival at the helm of the estate, Francois-Xavier Maroteaux has launched an ambitious new project : the construction of a brand new vat room, which will be operational in time for the 2022 vintage.

Chateau Branaire-Ducru: A Signature Blend of Power and Smoothness

Chateau Branaire-Ducru produces a namesake Grand Vin, as well as a second wine called Duluc de Branaire-Ducru made from some of the younger vines of the property. Duluc de Branaire-Ducru wines tend to be fruity and very nicely structured, frank and powerful on the palate. Due to its friendly, approachable nature, this wine can be enjoyed quite early, after only around four or five years in the bottle. The estate also owns a 3.5-hectare property in the appellation of Haut Medoc, from which they produce a wine called Haut Medoc de Branaire-Ducru. The wines of Chateau Branaire Ducru are true classics of the Saint-Julien appellation, ones that achieve great balance in the glass. The aromatic palette is quite powerful, distinguished by notes of fruit and spices, along with touches of cocoa and peppercorns. On the palate, these wines tend to be both powerful and silky smooth, clearly expressing the terroir of Saint Julien. With fantastic cellaring potential, they should be stored for at least one decade in order to most clearly reveal its character.