Situated in the very heart of Northern California's Napa Valley wine region is Grgich Hills Estate, currently owned and operated by the estate's co-founder Milijenko Grgich, along with his...Read More

Situated in the very heart of Northern California's Napa Valley wine region is Grgich Hills Estate, currently owned and operated by the estate's co-founder Milijenko Grgich, along with his daughter and nephew. Grgich moved to Napa in 1958, an immigrant from Croatia with the desire to learn about oenology from the bottom up. At the Paris Tasting of 1976, he brought international fame not only to his own winemaking talent, but also to the Napa Valley region, when the 1973 Chateau Montelena Chardonnay (a wine he had elaborated) was awarded the best white wine in the world. Grgich has since then directed his focus to the production of estate-grown wines from 5 different vineyards, each of which are managed with certified organic and biodynamic practices. While the 100% Chardonnay is clearly the flagship wine of Grgich, the estate's very elegant blend of Cabernet Sauvignon is also not one to miss. 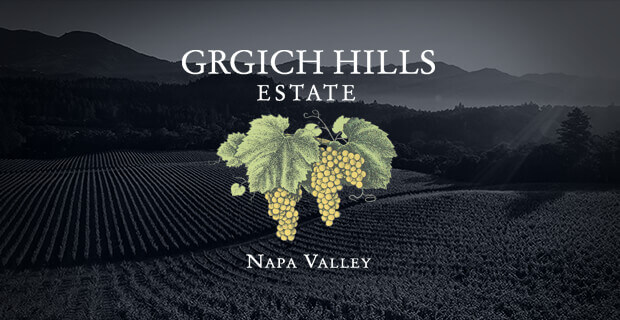 Located in the very heart of California’s prestigious Napa Valley wine region is Grgich Hills Estate, owned and operated by the winery’s co-founder Milijenko Grgich, along with his daughter and nephew. A Croatian immigrant who first moved to the Napa region in 1958 with the aim to learn about oenology, Grgich ended up bringing international fame to the previous overlooked Napa Valley region just 18 years later. At the Paris Tasting of 1976, the 1973 Chateau Montelena Chardonnay, a wine bearing his signature, was awarded best white wine in the world, ranked above even world-renowned whites of Burgundy. In the years that followed, Grgich turned his focus on producing his own estate wines from five different vineyards, all certified organic and biodynamic. While the California Chardonnay remains the flagship wine of Grgich, the estate’s powerful Cabernet Sauvignon dominant blend is certainly not to be missed.

In 1958 a Croatian gentleman names Milijenko Grgich first arrived in the Napa Valley wine region of Northern California. Having grown up in a winemaking family of 11 children, Grgich developed a fierce passion and natural curiosity for oenology at an early age. But the 40’s and 50’s were difficult times in Croatia, and the young winemaker decided to journey to California and try his luck in a region he had once heard described as paradise. Initially, Grgich worked a series of short stints, all the while learning from some of the most visionary Napa winemakers of the time, including Andre Tchelistcheff, Lee Stewart of Chateau Souverain and the legendary Robert Mondavi. Eventually, Grgich was hired for a more permanent position as winemaker at the historic Chateau Montelena. This position would change the career of the young winemaker, along with Napa Valley’s international reputation, forever.

The end of the 1960’s brought a wave of change to Californian viticulture. Winemakers had come to understand their patchwork of terroirs and the types of wine to be produced in each. The beginning of the 1970’s saw more single vineyard expressions, with the labels putting the spotlight on the terroir of origin rather than on the winemaker. But while Napa Valley wines were becoming increasingly popular on the domestic market, they were still very far from the international fame they enjoy today. After all, this was before Robert Parker and his favorable ratings of Napa wines. But then, something quite unbelievable happened during a blind tasting at the Paris Tasting of 1976. Among a dazzling selection of legendary Burgundies, the French judges chose the 1973 Chateau Montelena Chardonnay as the finest white wine in the world. The winemaker responsible for this cuvee was none other than Milijenko Grgich. These shocking results reverberated around the world and, for the first time, it focused the attention of serious wine lovers on Napa Valley, the American wine industry and the talented Grgich.

Charged with the momentum of his newfound fame, Milijenko Grgich turned his focus on achieving his greatest dream: owning and operating his very own winery. He met with Austin Hills and his sister Mary Lee Strebol from Hills Bros. Coffee Company, who - inspired by the talent and passion of the winemaker - agreed to invest in and co-found with him a winery. Grgich Hills Estate officially came to life on Independence Day, 1977. The winemaker quickly got to working on producing a Chardonnay similar to that which had earned him his fame. In 1980, the first vintage of Grgich Hills Chardonnay was voted among 220 peers as “The Best Chardonnay in the World” at a tasting in Chicago. This would be the first of many awards and accolades received by the winery, a list much too long to include here. Known for their exceptional quality, Grgich wines have been chosen for state dinners with Presidents Reagan and Clinton, Queen Elizabeth II and French President François Mitterrand. In 2008, Milijenko Grgich was inducted into the Vintners and is now 93 years old, easily recognizable by his signature blue beret. Today, his daughter Violet runs the estate, while his nephew Ivo Jeramaz manages the vineyards and winery.

But What Makes Grgich Hills Estate So Special?

At Grgich Hills, the point of focus is the fruit. While the vineyards are managed with minimal intervention, allowing nature to run its course, the very best technology and barrels are chosen to enhance and refine what nature has wrought. Today the winery is certified both organic and biodynamic. Herbicides, pesticides, fungicides and synthetic fertilizers that could potentially harm the soil are replaced with natural ingredients to “feed” it instead. These biodynamic preparations include nettle tea, fermented dandelions and cow manure packed inside a horn. The treatment of the vines follow a biodynamic calendar, which is strictly based on the lunar cycle.

The property now expands over 366 acres, organized into five different vineyards, at the very heart of Napa Valley. Each vineyard has its own unique “personality,” with its planted varietals chosen according to optimal performance in each terroir.

American Canyon: Home to a majority of the estate’s award-winning Chardonnay, the American Canyon vineyard includes 163-acres of vines, making it the largest of the five Grgich properties. The climate here is characterized by cool temperatures and powerful winds, which reduce vine vigor, concentrating the flavors of the fruit. Besides Chardonnay, this vineyard also grows Sauvignon Blanc, Riesling and Gewürztraminer in sandy loam over slate soils, along with Merlot in clay soil.

Calistoga: The sunny Calistoga vineyard was purchased in 1997 and includes 34 acres, planted mostly with Zinfandel vines, along with Cabernet Sauvignon, Petite Sirah and Merlot. Here, the soils are reddish loam and gravel, ensuring fantastic water drainage. The property’s Zinfandel is blended with a touch of Petite Sirah from Calistoga to produce a beautiful wine, which matures in large French oak casks.

Yountville: Acquired in 1984, the 63-acre Yountville vineyard is dedicated to the cultivation of classic Bordeaux varietals, most importantly Cabernet Sauvignon, with Merlot and Petit Verdot. This property is home to a pebbly subsoil, which encourages the vine roots to stretch deep into the clay loam and loam soils, contributing to a greater complexity of flavors in the fruit.

Rutherford: Cabernet Sauvignon is also the primary grape variety grown on the 17.4-acre Rutherford vineyard. Purchased in 1977, this area enjoys a warm climate and the vines grow in gravelly clay loam soils. One hectare of this vineyard is dedicated to Petit Verdot, which is blended into the Cab.

Whether it’s an oaky, impeccably balanced Chardonnay or Cabernet Sauvignon blend, the wines of Grgich Hills are guaranteed to please. The estate’s signature wines offer the perfect expression of the vineyards, and the land and climate that characterizes each. Grgich Hills is a family project, which was built upon a passion shared by the founder; his daughter and nephew – to offer fruit-forward, honest wines, whose production respects the lands, preserving it for future generations.