Immortalized by winning the white wine category for its 1973 Chardonnay in the 1976 'Judgement of Paris' tasting, Chateau Montelena has earned its position as one of the legends of Napa Valley...Read More

Immortalized by winning the white wine category for its 1973 Chardonnay in the 1976 'Judgement of Paris' tasting, Chateau Montelena has earned its position as one of the legends of Napa Valley wine. Established in 1882, Chateau Montelena is one of the most historic vineyards in the US and was revitalized in the early 1970's. The estate is comprised of a variety of soils and microclimates, and it is this diversity of terroir which lends the wines their unique and aromatic qualities. 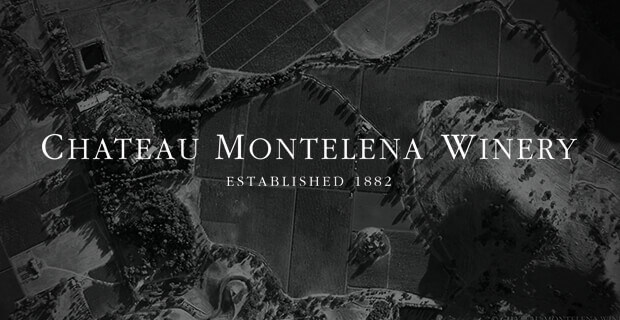 To Napa-lovers and history buffs, Chateau Montelena needs no introduction. The Calistoga-based winery became a legend when its 1973 Chardonnay earned the top score in the white section of the 1976 Judgement of Paris. But what is it about the Napa Valley terroir - the mosaic of soils and microclimates to be found at the base of Mount Saint Helena – that allowed the Montelena estate to reach this level of international recognition? And what has the vineyard team – led by the dedicated Dave Vella – done to maintain the Barrett family’s expectation for quality in the range of red and white wines now offered? Let’s take a closer look at Chateau Montelena, where sustainable viticulture meets traditional winemaking, and Old World savoir-faire is used to bring New World terroir to a higher plateau.

Chateau Montelena: The Unique History of an American Chateau

On May 24, 1976, Chateau Montelena made history, when it was named best white wine in the world at the Judgement of Paris, defeating even the very best of Burgundy and bringing global acclaim, for the first time, to California in general and Napa Valley in particular. But the story of Montelena begins long before that fateful day. The property, located at the base of Mount Saint Helena, two miles north of Calistoga, was first purchased by Alfred L. Tubbs in 1882. The founder began by planting his vineyards and then constructed his Chateau, which was truly unique at the time in that it was built of stone (instead of wood) in the English Gothic style, with thick walls providing insulation against the external temperature. In 1886, Tubbs hired a French winemaker at the chateau.

After a temporary pause in winemaking during Prohibition, Tubbs’s grandson Chapin Tubbs resumed the harvest. He renamed the winery Chateau Montelena, a contraction of Mount St. Helena nearby. During the 1950’s and 1960’s, the estate served as a residence for Yort and Jeanie Frank, who emigrated from Hong Kong and were looking for a nice place to retire. The Franks landscaped the property in the style of a Chinese garden and excavated a lake, which is today home to a wide variety of fish and native plant species.

The estate wouldn’t function as a winery again until the 1970’s, after it was discovered by Jim Barrett. Barrett got to work replanting the vineyard and bringing in state-of-the-art winemaking equipment. The renaissance of Chateau Montelena Winery began with the 1972 vintage, under the direction of Croatian-born winemaker Mike Grgich. Just one year later, Grgich would produce the Chardonnay vintage that would send waves of shock around the world and earn it international fame at the 1976 Judgement of Paris. In the blind tasting, Montelena (relatively unknown on an international scale, at the time) would be declared the top white wine, beating out even the most prized Chardonnay wines of Burgundy. This result helped put Napa Valley on the map, turning the world’s attention – perhaps for the very first time in history – toward the California wine industry. A bottle of the Montelena Chardonnay 1973 is kept at the Smithsonian National Museum of American History in Washington D.C.

In 1982, Barrett named his son Bo his successor. Despite foreign interest to buy into the estate, Chateau Montelena Winery has remained in the Barrett family and has continued to produce wines of outstanding quality.

Chateau Montelena is situated in the Calistoga AVA of Napa Valley. Vineyard Manager Dave Vella credits the quality of the wines to the region’s terroir, where “soils and climate and slope have come together to create the perfect spot to grow Cabernet Sauvignon.” The estate’s seven vineyard locations have also been managed with sustainable agricultural practices for decades, with very close attention paid to the character and unique needs of each plot.

The vines of Montelena’s Estate Vineyard grow in Bale, Cole and Kid series soils formed from alluvial and sedimentary soils at lower elevations, and Cortina and Pleasanton soils formed from volcanic soils in the hillside vineyards. All of the estate’s other Calistoga vineyards are planted next to tributaries of the Napa River, and most of them are characterized by alluvial soils, whose gravelly subsoils ensure good drainage. The Chardonnay vineyards of Oak Knoll have Haire-loam soil with a high degree of sedimentary material, particularly clay with moderate drainage. Over the years, the Montelena team has come to understand this vast diversity of soil types and have found ways to care for them on an individual basis.

In 1994, Vella and Soil Culture Consultant Bob Shaffer set out to improve the natural health of the vineyards’ soils. After thorough analyses, the various soil types were mapped out and, starting in 1999, the team began adding minerals, nutrients and organic matter in different proportions to the various vine plots, depending on the needs of each soil type. The compost generally used on the vineyards is a blend of pomace, recycled woody material and chicken manure. In 2001, the team also began planting cover crops in the vineyards, with the species (California native grasses, European grasses, clovers, grains, herbs and flowers) rotated and diversified more and more each year. The goal of the cover crop program is to prevent soil erosion, encourage the appearance of beneficial life forms (which, in turn, prey on vine pests), stop the formation of dust and increase the water infiltration of the soil. Vella has stop using chemical herbicides, ridding the vineyards of weeds with a French plough instead. Vine yields at Chateau Montelena are kept low with meticulous crop-thinning and dry-farming. This results in wine that is typically more intense, concentrated and complex in flavor.

The winemaking style of Chateau Montelena applies Old World traditions to fruit grown in the New World terroir of Napa Valley. The winery team relies on modern crushing, destemming and pressing equipment to treat the grapes as gently as possible. Fermentation takes place slowly and evenly in temperature-controlled stainless steel tanks. After fermentation, the wines are transferred to small French oak barrels. The proportion of new to older, neutral wood depends on each grape variety, vintage and parcel of origin, in order to ensure balance between fruit and oak. After the wines are blended and bottled, they are kept aging in the bottle for some time before release.

Chateau Montelena is perhaps best known for its Montelena Estate Cabernet Sauvignon, a lush and mouth-coating blend of Cabernet Sauvignon, Cabernet Franc and Petit Verdot aged for 22 months in 100% French barrel of which around one-third is new. Revealing notes of cassis, black cherry and touches of tobacco on the nose, this Bordeaux-style blend offers silky, fine-grained tannins, a vibrant acidity and rich red and black fruit notes on the palate. The estate also produces the Napa Valley Cabernet Sauvignon blend, a Napa Valley Petite Syrah and both a Zinfandel and Cabernet Franc from Calistoga. Their whites include the Napa Valley Chardonnay, a Sauvignon Blanc and a Riesling.