Established in Burgundy in 1797, Maison Louis Latour has a history of wine making in Burgundy dating back over 200 years. As a "négociant-éleveur" , the family owned Louis Latour produces wine...Read More

Established in Burgundy in 1797, Maison Louis Latour has a history of wine making in Burgundy dating back over 200 years. As a "négociant-éleveur" , the family owned Louis Latour produces wine from its own vines and also purchases grapes and wines from independent producers. Louis Latour's winery in Chateau Corton Grancey in Aloxe-Corton has a unique railway system with elevators, allowing the entire winemaking process to be driven by gravity. Maison Louis Latour is highly-respected for its emphasis on tradition and its wines enjoy a worldwide reputation.

Maison Louis Latour is one of those great names in the world of wine, which will always remain synonymous with excellence in Burgundy. This prestigious estate, managed by 11 generations of Latour men, has seen 220 years of winemaking history, marked by a series of tactful expansions, a delicate balance between tradition and modernity, and the creation of a remarkable range expressing the true essence of Chardonnay and Pinot Noir. 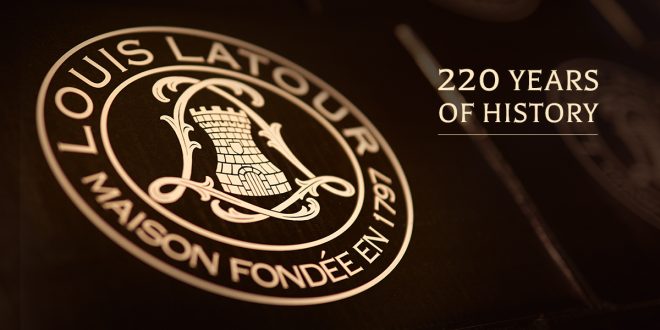 The history of the Louis Latour House can be traced back to the year 1731, when vines in the Cote de Beaune area of Burgundy were first purchased by Denis Latour, a cooper by profession, who became inspired by the exceptional quality of Burgundian terroirs. His son, Jean Latour moved to Aloxe-Corton in 1768, and set up his own cooperage. With the acquisition of plots known as Aloxe-Corton Les Chaillots, Corton Greves and Corton Bressandes, he began expanding his family's land holding in the Aloxe-Corton appellation. In 1789, the French Revolution swept the country, ousting the Old Regime, freeing up land for vine cultivation and simplifying the process of forming new companies. This event, no doubt, served as a catalyst for the formation of Maison Louis Latour in 1797.

The Maison was established at 18 Rue des Tonneliers in Beaune, an address which has remained the headquarters of the company ever since. The year 1997 saw the bicentennial celebration of Louis Latour, which also became a member of the Henokiens, a prestigious group of local businesses, at least 200 years old and still owned by the founding families of the region. Since 1999, the estate has been under the direction of Louis-Fabrice Latour, the 7th Louis Latour and 11th generation in charge of the House.

In the past 220 years since the founding of their business, the Latour family has kept at the core of their values the simultaneous guarding of Burgundian tradition and adoption of modern innovation. Each new branch on the family tree has contributed something to the extensive web of savoir-faire that is the Latour dynasty. Back in the 18th century, the family was already involved with cooperage, the ancient art of barrel-making, so essential to creating a delicate balance between oak and wine. The art of the barrel, an integral part of both Burgundian culture and Latour family legacy, is still maintained at the Maison, which is the only winemaking entity in Burgundy to still produce their own barrels. The shining reputation of Louis Latour range is gained in part from these expertly made barrels, and the aging process adapted to each of the House’s wines.

In line with their direct approach to the art and business of wine, Maison Louis Latour became a merchant in 1867 to more easily control the commercialization of their product. Truly avant-garde in spirit, Maison Louis Latour was one of the first in the region to realize the impact of marketing, launching its first brochure in the 1920's. A visionary approach to branding allowed the House to establish an international reputation for its wines abroad. Foreword-thinking by nature, Maison Latour has also pioneered the practice of sustainable agriculture in the management of its vineyards for over 20 years, through practices like producing the estate's own, environmentally-friendly compost.

Louis Latour: Expanding the Reach and Reputation of Burgundy

Although forever faithful to its Burgundian identity, the prestigious Maison Louis Latour offers a story of expansion throughout two centuries. Exportation to Great Britain began in 1815 and was followed by a greater wave of international expansion in 1860. At this time the wines of Louis Latour gained several famous new fans, including British, Austrian and Russian royalty. Following Prohibition, the Burgundian House resumed export to the United States in 1934, eventually launching subsidiaries for importation in both the USA (Louis Latour Inc., 1986) and the UK (Louis Latour Ltd, 1990). To this day the export markets represent over 80% of the activity of the Burgundian House.

Taking care to strategically further the international reputation of the Burgundy region, Maison Louis Latour has also made great strides to expand its vast know-how beyond the confines of Burgundy. The first purchases of the family were of properties in various Burgundian appellations. In 1891, the Maison acquired Chateau Corton Grancey (along with the latter's winery and 33 hectares of its land), followed by the Grand Cru plots in the prestigious area of Cote de Nuits and part of the Grand Cru Chevalier-Montrachet "Les Desmoiselles." Another wave of expansion followed in the 1970's and 80's as the business started producing high quality wines outside of Burgundy, like Chardonnay in the IGP Ardeche and Pinot Noir at Domaine de Valmoissine, established in the Var in 1989. More recently, Louis-Fabrice Latour (the 7th Louis Latour and 11th generation in charge of the House) has added still more Burgundian land to the family estate with the purchase of Maison Simmonet-Febvre in Chablis and Henry Fessy, specialized in Beaujolais and Maconnais.

Comprising several stunning Premier and Grand Cru parcels, the vineyard of Maison Louis Latour stretches from the appellation of Cote de Beaune to that of Cote de Nuits. The Maison today offers an impressive range of excellent wines from 130 appellations. Standing out as perhaps the most important wine estate in Burgundy, Maison Latour remains synonymous with a unique style, a pure and flawless expression of Chardonnay and Pinot Noir.