Angelo Gaja wine. A dynamic, larger-than-life individual with an electric personality and an audacious visionary well ahead of his time, Angelo Gaja is one of the most widely revered and beloved...Read More

Angelo Gaja wine. A dynamic, larger-than-life individual with an electric personality and an audacious visionary well ahead of his time, Angelo Gaja is one of the most widely revered and beloved figures of the Italian wine world. Taking over from his father Giovanni in 1970, the charismatic and worldly Angelo brought about sweeping changes in both the vineyard and winery, with the aim of transforming the reputation of the Barbaresco wines on the world stage. Through a series of risky gambles, uncompromising policies and - at times - shocking changes in direction, he created a portfolio unlike any other, carving out a place for GAJA among the most legendary, sought-after wines in the world. The Barbaresco, Barolo and Tuscan bottlings by GAJA are must-try wines of unparalleled quality, the highest form of expression of Italy’s greatest terroirs. 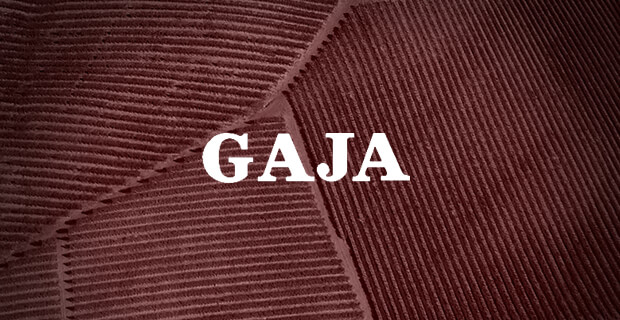 The History of the Angelo Gaja Wine

The Gaja family, originally from Spain, first arrived in the Piedmont region of Italy in the 17th century. In 1859, Giovanni Gaja founded the Gaja winery and began producing wines from the family’s 2 hectares (5 acres) of vines in what is now the Barbaresco appellation. It was in 1937, that the founder’s grandson Giovanni Gaja first displayed the family name in large, red capital letters on the estate bottles, demonstrating a visionary flare for marketing that he would one day pass down to his son. Encouraged to focus on quality over quantity by his mother Clotilda Rey (nicknamed Tildin), Giovanni kept up production during World War II, and in the 1960’s he began purchasing some of the best vineyards of Barbaresco, including the three historic « cru » plots that have become the flagships of the winery: Sori Tildin, Sori San Lorenzo and Costa Russi.

While it was Giovanni who provided the foundations for the family’s winemaking empire, it was his dynamic and dedicated son Angelo Gaja who elevated the family name to the legendary it enjoys today. After finishing his enology studies at the Enological Institute in Alba and the University of Montpellier in France, Angelo joined the family business in 1961 at the youthful age of 21. By this time, his father and grandmother had amassed a vineyard of 30 hectares (75 acres) and created the GAJA brand. Nevertheless, the family’s wines, as most of Barbaresco, stayed in the shadow of Barolo wines and were considered a “cheap and cheerful”, less complex second wine to the latter.

From early on, Angelo dedicated himself fully to changing the image of the wines of GAJA and of Barbaresco overall by applying his broad, international perspective gained from his travels. He began experimenting with green harvest and other techniques he had learned in France, often against the advice of his father. By the time he fully took over the family business in 1970, he had introduced sweeping changes in both the vineyards and the winery, including green harvesting, planting at higher densities, limiting yields, shortening the pruning of the vines, vinifications with temperature control, shortening maceration time and, perhaps most importantly, the introduction of French oak barriques for maturation with the 1975 Barbaresco cuvée. Angelo believed the French oak barriques would tame and refine the powerful tannins of Nebbiolo, resulting in a softer, smoother style. Angelo also began using only his own estate-grown fruit to produce wine, instead of purchasing from other local growers as the family had done before.

Much to the chagrin of his traditionalist father, Angelo also introduced French grape varieties – like Cabernet Sauvignon, Chardonnay and Sauvignon Blanc – to the region. In fact, the first vineyard planted with Cabernet Sauvignon by Angelo would be named “Darmagi”, meaning “what a pity” after his father’s reaction to this decision. Angelo believed that only by planting these international grape varieties in Barbaresco could he prove to the world the appellation’s potential and eventually shift focus to the local grapes, Nebbiolo and Barbera.

Angelo also created a line of single-vineyard Barbaresco bottlings from the estate’s three historic crus. To free himself up to focus on marketing and vineyard acquisition, Angelo hired enologist Guido Rivella in 1970 to run the winemaking. He began purchasing vineyards outside of Barbaresco, including 28 hectares (70 acres) in Barolo in 1988, the Pieve Santa Restituta vineyard in Montalcino, Tuscany in 1994 and the Ca'Marcanda vineyard in Bolgheri, Tuscany in 1996.

Known as a modernist winemaker in a traditional region, Angelo Gaja has become known in the wine world for his uncompromising policies and sometimes shocking decisions. For example, the entirety of the estate’s 1984 vintage Barbaresco (some 12,000 cases in total) was sold as bulk because it did not meet Angelo’s exacting standards of quality. In order to continue blending a small portion of Barbera into his wines, he declassified his DOCG Barolo and Barbaresco wines to the lower DOC Langhe starting with the 2000 vintage. (Since 2016, they have been released once again as Barbaresco DOCGs with 100% Nebbiolo.) Angelo also made the decision not to invest in winemaking overseas, and instead focus his attention fully on Italy. For his pioneering role in the Italian wine industry, Angelo Gaja was chosen as 1998 Decanter Man of the Year.

Today, the GAJA estate is run by Angelo’s three children, Gaia Gaja, Rossana Gaja and Giovanni Gaja. Having inherited her father’s charm and charisma, Gaia is today at the head of the company and represents the brand abroad. Her legacy is already tied to that of her great-grandmother (uniting matriarch of the family) through the Gaia & Rey bottling, a 100% Chardonnay first released in 1983. Likewise, Rossana Gaja has been involved not only in management but also the production process at the family estates in Barolo, Barbaresco and Tuscany.

The Gaja family’s newest challenge is to adapt their business to the effects of climate change, which include an increase in weather extremes and vineyard diseases. The family is working closely with a team of scientists to explore ways to protect the vines, including using hardier rootstocks, a natural ploughing of the soil and planting at higher altitudes.

A Myriad of Terroirs in Barbaresco, Barolo and Tuscany

Headquartered in the Barbaresco castle once owned by the appellation’s visionary pioneer Domizio Cavazza, the GAJA estate today reigns over a total of roughly 245 hectares (605 acres) of vineyard across Italy. Of this, roughly 100 hectares (250 acres) are situated in Piedmont, 118 hectares (291 acres) in Bolgheri and 27 hectares (67 acres) in Montalcino.

In Barbaresco, the family makes its flagship blend with fruit from 14 different vineyards in various zones of the appellation. These different vineyards are home to very different terroirs, each with its own combination of soil types, elevations and expositions. Nevertheless, the soil tends to be a clay-limestone marl and the vines are aged roughly 40 years on average. While Nebbiolo reigns supreme in most of the Gaja vineyards, sites like the 10-hectare (25-acre) Sito Moresco are home to Cabernet Sauvignon and Merlot as well.

In Barbaresco, the family also cultivates three single vineyards. Costa Russi is situated to the southeast of the appellation and is a hillside site with cooler temperatures. Here, Nebbiolo grows in heavier clay and limestone soils, producing a cooler style Nebbiolo which resembles cool-climate Pinot Noir in its profile. Sori Tildin is a warm, south-facing site with denser soils, which lock in moisture, producing a spicy and opulent expression of Nebbiolo. Finally, the Sori San Lorenzo single vineyard can be found close to the Tanaro River, which moderates the temperature and results in earlier flowering. Here, sandy soils with great drainage lend a great tannin structure to the wines.

In Barolo, the Gaja family owns the Sperss vineyard in Serralunga d’Alba, where Nebbiolo is harvested relatively late in the growing season. Here, Serravallian soils produce wines that are quite austere and firm, with a remarkable potential to age. Other Barolo sites include Conteisa and Dagromis in the commune of La Morra.

In Tuscany, the family cultivates vines at their Pieve Santa Restituta estate in Montalcino and the Ca’Marcanda estate in the Maremma area of the Bolgheri appellation since 1996. From the latter estate, Gaja produces three wines, including Magari (a blend of Merlot, Cabernet Sauvignon and Cabernet Franc grown in terre brune and terre blanche soils.

With such a diverse portfolio of wines born in such a wide range of different terroirs, it is impossible to generalize about winemaking at the Gaja estates. The family’s incredible success and reputation as one of the best known Italian wine producers stem from the self-confidence and ambition behind their winemaking decisions, as well as the remarkable quality of the family’s carefully selected terroirs. Today, the signature style of the estate can neither be classified as traditional, nor as modernist; rather, “Gaja is Gaja”. The winemaking is adapted to the specific characteristics of each terroir and grape variety.

The Angelo Gaja Barbaresco DOCG flagship, for example, is made with grapes from 14 vineyards in Barbaresco and Treiso. The recent vintages are 100% Nebbiolo with vinifications of the various single-vineyard batches undergoing fermentation, maceration and 12 months of maturation in oak barriques separately. The base wines are then blended and the blend aged for another 12 months in larger oak casks. This is an incredibly complex, balanced and age-worthy Barbaresco with intense aromas of licorice, balsamic, tar and smoke to complement the fruit. The tannins are simultaneously soft and incredibly firm, lending a beautiful structure to the palate.

The Angelo Gaja Sperss DOCG bottling, the family’s best known Barolo, and the Angelo Gaja Dagromis, are both 100% Nebbiolo wines made with grapes grown in clay-limestone soils of Barolo. They are produced in a similar way as the Barbaresco, with 12 months of barrique maturation before the blending and 12 months of large oak barrel maturation afterwards. Meanwhile, the Sito Moresco Langhe DOC wine is made from a blend of Nebbiolo, Merlot and Barbera from both Barbaresco and Barolo vineyards. The three varieties are vinified separately, fermenting and macerating for a period of three weeks. They are then blended and matured in oak for 12 months.

Finally, the Angelo Gaja Magari bottling from Ca’Marcanda in the Maremma area of Bolgheri, is comprised of Merlot, Cabernet Sauvignon and Cabernet Franc, matured in a combination of new and used barriques for a period of 18 months and then aged in bottle for at least