Terroir, grape and mankind – these are the three pillars upon which is based the philosophy of the great wines of Oddero, a historical estate among the biggest producers of Barolo in Italy. ...Read More

Terroir, grape and mankind – these are the three pillars upon which is based the philosophy of the great wines of Oddero, a historical estate among the biggest producers of Barolo in Italy.

Located near the village of La Morra, in the frazione of Santa Maria, Cantine Oddero has formed an important part of the viticultural landscape of the Langhe region, in the heart of Piedmont, for more than two centuries.

The vineyard of Cantine Oddero covers 35 hectares of vineyards, divided into countless parcels that are among the best in the Langhe and Asti regions, producing wines with an international reputation: Barolo, Barbaresco, Langhe Nebbiolo, Dolcetto d’Alba, Barbera d’Alba, Barbera d'Asti, and Moscato.

Since 2008, the Cantine Oddero has gradually opted for the management of its estate in a way that respects the environment, vineyards and customers. In 2017, the "single vineyards" dedicated to Nebbiolo were certified organic.

Each of the wines of Oddero is unique, expressing the richness and diversity of its terroir. Such is the success of the Oddero family estate.

Oddero | The Art of Nebbiolo Over 7 Generations

Set deep in the heart of the Langhe hills, declared a UNESCO World Heritage Site since 2014, is the Poderi e Cantine Oddero estate, run by the seventh generation of winemakers in the Oddero family. In the 1950's, a man by the name of Giacomo Oddero renovated the ancient family farm and began the process of elevating the region's wines to the high quality for which they are known today. 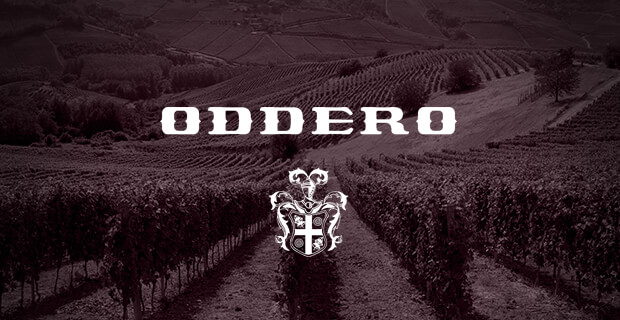 Since 2008, the team at Oddero has been practicing organic vineyard management, and in 2011 they made it official, beginning the process of certified organic conversion. The Oddero vineyard property currently stretches across 35 hectares, of which 16.5 have been dedicated to the region's emblematic Nebbiolo grape, used to produce beautiful and age-worthy Barolo and Barbaresco wines.

Oddero : A Family Legacy in the Langhe Hills

It is impossible to separate the history of the La Morra territory in the Langhe hills from that of the Oddero family, who has resided in the region since at least the 18th century. It was Giovanni Battista Oddero, followed by his sons Lorenzo and Luigi, who first began to produce wine here in the 18th and 19th centuries. The wines of the Oddero family were initially sold around Italy in barrels and demijohns, and some of their Barolo even made it to the Americas by the end of the 19th century. It was Giacomo Oddero who first decided to bottle these wines for sale in 1878.

Born in 1926, Giacomo's namesake grandson would later put the family’s wines on the map for their quality, working tirelessly to promote the unique characteristics of this Italian terroir. In the 1950's, Giacomo renovated the family farm and house, and became the Assessor of Agriculture for the Province of Cuneo. He was also actively involved in the campaign to elevate the wines of Langhe and Roero to DOC and later DOCG status. It was according to Giacomo's plans that the Poderi e Cantine Oddero extended its vineyards, increased production and entered into the modern era of Italian winemaking.

Today, the estate is run by Giacomo's daughter Mariacristina, with the help of her niece Isabella and her son Pietro, representing the 7th generation of the family's winemaking legacy.

Terroir and Viticulture at Oddero

The Oddero estate includes 35 hectares (86 acres) of vineyards in the Piedmont region of northwest Italy. Of this, 16.5 (40 acres) are planted with Langhe Nebbiolo, the region’s flagship varietal, used in their traditional Barolo and Barbaresco wines. Many of the historical vineyard properties belonging to the estate are designated Menzioni Geografiche Aggiuntive, a formal acknowledgement of the highest level Nebbiolo cultivation. While the Oddero team cultivates around 2.95 hectares of DOCG Moscato d'Asti wines from their 2.95-hectare Cascina Fiori vineyard, as well as a DOCG Barbera d’Alba, they focus on Barolo and Barbaresco, the two emblematic wine styles of this region.

The zone of vines dedicated to growing Nebbiolo for traditional Barolo consists of 10 different vineyards (or crus), each with its own proportion of clayey-limestone mark and sandy soils. The characteristic marine-alluvial soil of this area was formed after the ocean once covering this region receded around 7 to 10 million years ago. The vineyards range in size from the 6.85-hectare San Biagio vineyard and the 2.56-hectare Bricco Chiesa vineyard (also home to the historical production center of the winery) to the much smaller 0.43-hectare, breezy Brunate Vineyard.

The 2.65-hectare Gallina Vineyard in the township of Neive is dedicated to the production of Nebbiolo for Barbaresco. The soil here is characterized by a combination of light sand and calcareous marl, which lend a unique elegance to the wines produced here. The soils are also very loose, making this region prone to drought in the warmer months of the summer.

The Oddero estate has been practicing organic vineyard management since 2008, eliminating the use of herbicides and switching to a manual control of weeds. Tilling is carried out after harvest to aerate the soil and allow water to infiltrate more easily. Chemical insecticides were replaced by natural pheromone dispensers, which disorient the harmful Tignola species. Cover crops are planted between the rows in order to combat the erosion of the precious soil.

In 2011, Oddero officially began organic conversion of the Nebbiolo vineyards, which, when complete will be continued with the other varieties. As the estate is made up of a patchwork of small vineyards, each with its own unique set of characteristics, this process is not a simple one at all. Nevertheless, the family is deeply passionate about protecting the natural environment of their ancestral property, aiming to achieve the purest possible expression of this terroir in their wines.

The Oddero estate also includes two wineries. The historical winery in Santa Maria di La Morra is used for vinification with modern equipment, as well as for aging and storing the wines in the 18th century cellar. The new winery located in Santa Maria di La Morra was completed in 2015 with modern technologies and methods for energy conservation. This building is home to a historical museum and a spacious cellar where wines age before being sold. The underground cellars of Oddero are perfectly insulated and run with energy provided by solar panels in order to minimize environmental impact.

The Barolo wines of Oddero are made of 100% Nebbiolo, which are hand-selected, gently destemmed and fermented for around 19-25 days at a constant temperature of 28° Celsius. They are aged in 20 hl oak barrels for a period of 30-40 months (depending on whether it is a riserva). For Barolo and Barbaresco wines, Oddero uses Austrian, Slavonian and French oak barrels. The resulting wines tend to be deep garnet in color, with deep dark fruit aromas and notes of balsamic.

Each of Oddero's Barolo wines is a pure showcase of the unique single cru on which the grapes were cultivated, and a testament to the rich winemaking legacy and savoir-faire of the family.

The Oddero Portfolio of Langhe Wines

As one of the largest land-owners in the region of Langhe, Oddero today reigns over a wide variety of vineyards, each characterized by its own unique terroir. This allows the family to create a portfolio of single-vineyard wines expressing the characteristics of each of these terroirs. Today, Oddero produces 14 wines in total, including 6 Barolo DOCG wines, 1 Barbaresco DOCG, a Dolcetto d’Alba, a Barbera d’Alba, a Nizza DOCG, a Langhe Nebbiolo, a Moscato d’Asti, a grappa and even a Langhe Riesling.

The Oddero Vignarionde Riserva, for example, presents an intense and profound garnet-ruby red color in the glass. On the nose, this Barolo reveals dark fruit (think blackberries), along with touches of citrus and rose, thick balsamic, licorice, underbrush and a touch of limestone minerality. The palate presents very firm tannins, along with a characteristic freshness.

The Oddero Brunate Barolo expresses more floral fragrances of roses and violets, along with fresh earth and ripe red fruit. Bussia is more mellow, with aromas of berries and balsamic, along with Mediterranean brush and dried rose petals. Pair these wine with a rich and meaty Tagliatelle Bolognese or aged hard cheeses, like Pecorino.

And finally, the Oddero Villero is a very powerful, well-rounded and elegant Barolo, reflecting the clay and limestone soils of its vineyard of origin. On the nose, this Barolo offers violet fragrances, herbs, fresh red fruits, licorice and cocoa. The tannins are quite complex, revealing a smooth sensation on the palate. Pair this wine with roast game birds, like quail, goose, duck or pheasant, whose crunchy and fatty texture will be offset by the rich tannins of the wine.