Founded in 1849, the prestigious Pol Roger Champagne House has built its international reputation on its excellent know-how and its never-ending quest for perfection. An independent house, the...Read More 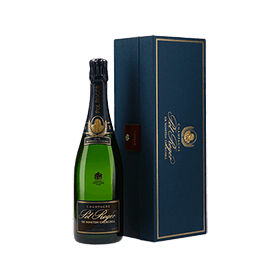 Founded in 1849, the prestigious Pol Roger Champagne House has built its international reputation on its excellent know-how and its never-ending quest for perfection. An independent house, the family’s 5th generation perpetuates the perfect mastery of the art of Champagne making with great passion and respect for tradition.

The House reigns over an exceptional 92-hectare vineyard that comprises the most beautiful parcels of the Montagne de Reims and the Côte des Blancs. Eager to preserve its rich heritage, Pol Roger is one of the last houses to still hand stir its entire production of Champagne bottles.

The inimitable style and identity of Pol Roger Champagnes are defined by a long ageing period, carried out in the House’s naturally cooled cellars in Épernay which enables each Champagne to express its optimal maturity and potential.

An exceptional house, Pol Roger has always been poised among the finest references in the world. A Royal Warrant Holder to Her Majesty The Queen, Pol Roger Champagnes are recognised and adored by the finest Michelin-starred restaurants. Sir Winston Churchill, to whom the House paid tribute by creating a mythical cuvée in 1975, described Pol Roger as "the most drinkable address in the world".

Discover the Pol Roger Brut Champagne! Looking for more champagnes to choose from? Browse our selection, which includes top bottlings by Gosset Champagne and other sought-after producers! Our champagnes are available in a wide range of styles, including Blanc de Blancs, Blanc de Noirs and Rosé!

Champagne Pol Roger | A Style of Finesse and Elegance

Over the course of its 160 years of history, Pol Roger has become one of the leading independent Houses in Champagne. Their wines have been described as a “gentlemen’s champagne” and declared “the most delightful address in the world” by Winston Churchill. Known for their elegance and purity, this Champagne House takes pride in the tradition and meticulous attention to detail that has become the signature of the brand, passed down through five generations. 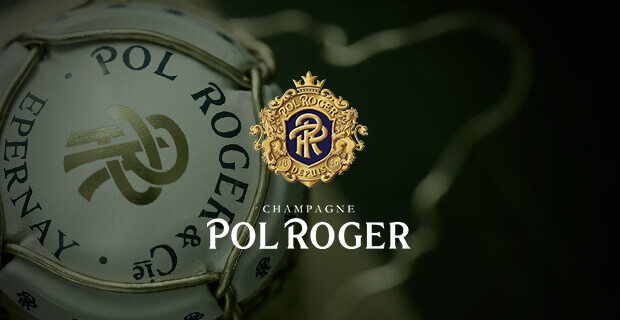 Pol Roger made his first wine sale in 1849 at the age of 18. By 1851, his company was rapidly developing. By 1899, when the founder died, the brand was exceedingly well known. In a mere 30 years, Pol Roger had risen to success and made a big splash in the English market with the production of their Brut Champagnes. Maurice and Georges, the sons, took over the business after Pol’s death. The brothers had been working alongside their father since the age of 18 and looked to continue his legacy.

Maurice was the voice of the company, handling public relations, sales and marketing, while Georges was in charge of the winemaking at the Pol Roger estate. Together, this duo grew the company and triumphed over a handful of setbacks. In February 1900, part of the cellars collapsed, resulting in the loss of 500 casks and one and a half million bottles of champagne. World War One, as well as Prohibition in the United States, caused expansion of the business to halt, while during the Second World War, the Germans occupied France and controlled the buying of Champagne.

Despite these obstacles, Champagne Pol Roger continued to forge ahead. Top restaurants on the Champs-Elysées kept serving Pol Roger and plenty of crowned officials became loyal customers of the brand. By 1955, the Champagne House expanded their range of wines and their success was bigger than ever. The first vintage Champagne rosé was launched in 1961 and a few years later a vintage Blanc de Blancs Cuvee was born.

Having owned no estate vineyards up until 1955, today Champagne Pol Roger boasts 225 acres. Fifty-five percent of the Champagne House’s grapes come from their own vineyards, while the remainder is sourced from trusted growers with whom they have built long term relationships. Each lot of grapes are aged on its own, separated by village, vineyard, grower and grape variety. The cellars are located 108 feet below sea level, which is the deepest in Champagne, allowing for cooler conditions than the average Champagne cellar. Pol Roger is the only Champagne House where everything in the cellar is still done completely by hand. The House produces seven different Champagnes, ranging from Brut to Demi-Sec and in 2019, Pol Roger was crowned the World’s Most Admired Champagne Brand.

Since the Champagne House’s inception, Pol Roger has focused on the production of Brut Champagnes, targeted to the English market. Their flagship Pol Roger Brut Reserve is a traditional blend of equal portions of Chardonnay, Pinot Meunier and Pinot Noir. These grapes are sourced from 30 different crus and 2.5 percent of this champagne is made of reserve wines. The Chardonnay adds an aromatic complexity, elegance and lightness, while the Pinot Noir brings structure and body. The Pinot Meunier brings fruitiness, freshness and roundness to the blend. Each of these grapes are sourced from the best crus in Cote des Blancs, Montagne de Reims and Vallee de la Marne. The grapes are fermented separately in stainless steel tanks and go through malolactic fermentation. The finished product is aged for four years in cellars and brings an exciting complexity of balance and freshness with each sip. The three grape varieties blend harmoniously to offer a fresh, structured and lively champagne displaying notes of honeysuckle, pears and brioche.

“I cannot live without Champagne. In victory, I deserve it, and in defeat, I need it.” Sir Winston Churchill was known for his love of Champagne and was a devoted customer of Pol Roger before the Second World War. He became friends with Odette Pol-Roger, representing the third generation of owners, and the Churchill and Pol-Roger families still remain friendly today. After Churchill’s death, Pol Roger created a tribute Champagne in his honor. The Pol Roger Cuvee Sir Winston Churchill embodies all the qualities Churchill loved about his favorite Champagnes – its robust, full-bodied and ripe character. Made from grapes sourced from Grand Cru Pinot Noir and Chardonnay vineyards, this Champagne is only made in the very best vintages. The nose on the wine is bursting with brioche, dried fruit, almond and hazelnut aromas. On the palate, the wine is well-balanced, with notes of grapefruit and orange zest. It has a creamy texture from age and can be cellared for quite some time.