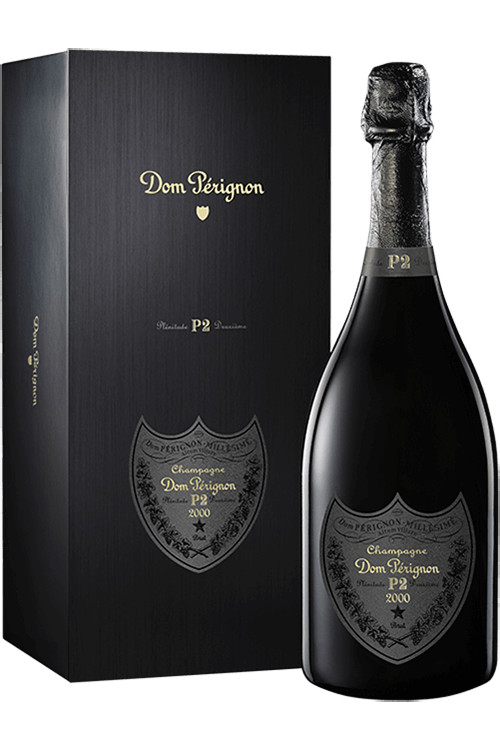 After the release of the P1 in 2008, the iconic Champagne Dom Perignon now reveals the second window of expression of the Dom Perignon 2000 Vintage: its Second Plenitude.

Because the expression of a vintage is something that moves and evolves throughout the years, the Dom Perignon P2 shows a second phase of the life of its vintage champagne, also known as its Second Plenitude.

The fruit of 16 years of production, the Dom Perignon 2000 Vintage P2 reveals a unique Champagne, now entering the second cycle of its life, with a brand new energy that further enhances the depth of its personality, in a way that is both obvious and elusive.

While the 2000 vintage, captured in this new Dom Perignon 2000 P2, will be remembered for significant thermal variations throughout the growing season, it was also characterized by nice days in August, which allowed for the harvest to be carried out under optimal conditions.

After having taken the time to evolve and ripen throughout the course of the years, the Dom Perignon 2000 P2 reveals a seductive bouquet, marked by an incredibly generous energy. Aromas of stone fruit and tangy touches of Bergamot follow one another with warm fragrances of the summer harvest and brioche notes. More mineral than ever, smooth smoky accents complete the aromatic adventure of the Vintage 2000 P2. Then comes the attack in the mouth. With plenty of vibrant energy, it introduces to the palate a Champagne with remarkable richness and rare complexity. Precise, refined and textured, with a structure that offers an almost tactile feel, the Dom Perignon 2000 P2 unfolds a long, lingering finish, punctuated by delicious touches of bitterness upon a core of licorice notes and toasted malt.

A Vintage Dom Perignon expressed in the brightness of its Second Plenitude, with a perfect coherence and rare dimension.

Parker : 95 / 100
Wine Advocate-Parker :
The 2000 Dom Pérignon P2 is drinking beautifully, wafting from the glass with complex and gently reductive aromas of iodine, lemon oil, tangerine and oyster shell that have begun to develop appreciable tertiary nuance. On the palate, it's medium to full-bodied, deep and expansive, with a broad attack, incisive acids, a classy mousse and a long, precise and mouthwateringly saline finish. The year 2000 delivered a precocious Dom Pérignon, and this recently disgorged rendition has really benefited from the additional time sur lattes, acquiring notably more complexity--while retaining more energy--than the original disgorgement. Given its maturing profile I would plan to drink bottles within the next decade.
Champagne