Zuccardi Wine | Mountain Wines with a True Sense of Place

Rooted deeply in the rocky, rugged mountain terrain of Mendoza’s Uco Valley is the stoic structure of the Zuccardi winery, like something out of a science fiction novel. Built from sober concrete and chalky Andean stones, this massive yet modest masterpiece stands as an ode to the surrounding landscape, the high altitude terroir in which the estate’s precious vines are planted. 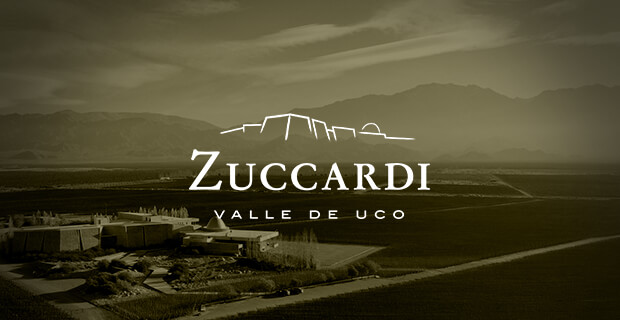 Crowned Best Vineyard in the World twice over, in both 2019 and 2020, Zuccardi produces wines with a true sense of place, from Argentina’s flagship Malbec grape along with lesser known varieties. Since its inception in the 1960’s, the family has expanded the brand to include several different lines, each symbolizing a concept, a belief or a tribute. What they have in common is a certain purity and verve, an honest expression of a stunning terroir.

Alberto Zuccardi first arrived in Mendoza in the 1940’s from his native Tucuman, where his great-grand-parents settled after immigrating to Argentina from the Avelino region of Italy. The lack of water in the Maipu region of Mendoza region led Alberto to experiment with new irrigation techniques and in 1963, he planted his very first vines, on which to test these techniques. What started as a passion project quickly grew into an empire, and the estate is today considered a leader in Argentinian wine production. Alberto’s son, Jose Alberto Zuccardi, became General Manager of the company, further improving the quality of his father’s vineyard and eventually naming the latter Santa Julia after his only daughter. In 1997, Jose released the very first vintage of the Zuccardi Q range (where “Q” stands for quality). This wine was the very first premium Tempranillo ever to be made in Argentina.

Jose’s son Sebastián Zuccardi took over from his father in 2005. From early on, Sebastian dedicated himself fully to the expansion of the estate’s holdings in the Uco Valley. Notably, he introduced a focus on Research and Development in 2009, with projects aimed at fully understanding the surrounding terroir. Sebastian’s philosophy has stood out for its particularly terroir-driven focus from early on. His goal is “not to stive for perfect wines, but wines that express the place, the region.” Visibly, this philosophy has earned the estate great renown. In fact, it was crowned #1 Best Vineyard in the World in 2019 and 2020.

The construction of the estate’s new winery began in 2013, with its inauguration taking place in March of 2016. Today, the state-of-the-art structure, situated at 3,600 feet above sea level and designed to be an ode to the mountains, welcomes visitors from around the world to witness the unparalleled beauty of the Andean landscape.

With the help of Winemaker Laura Principiano and Viticulturalist Martin di Stefano, the family has gone on to expand the estate’s range of wines to include several lines under the Zuccardi brand. The brand now includes wines made from Malbec, Cabernet Sauvignon, Torrontes and Chardonnay. The estate has also been known to experiment with little-known varieties like Bonarda and Aglianico. Quality remains at the forefront of all Zuccardi wines.

A Mountainous Terroir in Argentina

The vineyards are situated at the foot of the Andes Mountains in the Uco Valley area of Mendoza, Argentina. This is the highest-elevation wine region in Argentina and one of the highest in the world. While a cool, dry climate characterizes the entire valley, there are multiple microclimates, soil types and altitudes to be found here, adding great complexity to the wines from this area. The estate cultivates six different vineyards here, each with its own unique personality.

In managing the vineyard, the team is fully dedicated to sustainable practices. These include encouraging biodiversity in the field, using organic farming techniques, controlling irrigation to waste as little water as possible, composting, water treatment, recycling and the use of solar energy. These practices help ensure the survival of the vineyards and the future quality of the wines they produce.

In the Energy-Efficient Argentinian Winery

The estate’s sustainable practices continue in the winery, which has been designed to be energy efficient to minimize electricity consumption. Completed in 2016, the building is made of natural materials found in the natural landscape around it: chalky stone. It features concrete walls, which serve as a natural thermal insulator, reducing the need to heat or cool the space. It houses a completely gravity fed system, eliminating the need for harmful pumps. The taped and amphora-shaped fermentation vessels are made of epoxy-free concrete to allow for easier temperature control.

And in the center of the winery is a space resembling a shrine to terroir. Hundreds of bottles are stacked on racks facing a single large rock, called the Piedra Infinita or “Infinite Stone.” An ode to the surrounding landscape, the stone was salvaged from the site before construction on the winery began and today serves to remind visitors of the origin of the estate’s wines.

Following a manual harvest, the grapes are vinified in these concrete tanks with native yeasts and then aged in concrete. Some wines are made with partial whole-bunch fermentation.

A Beautiful Range of Argentinian Wines with Identity

The wines of this Argentine estate are true mountain wines, marked by the elegance that characterizes high-altitude bottlings. In the glass, they express the characteristics of their terroir, the climate, the soil and the altitude that birthed them.

The Zuccardi Concreto Malbec is a single-varietal red wine with a beautiful herbal character complementing bright red fruit aromas. On the palate, this Argentinian wine is very persistent with a certain mineral touch, along with dried herb and smoky fruit flavors. This is an excellent red to pair with any full-flavored meat dish, a classic cheeseburger or lamb cooked with rosemary and lavender.

The Zuccardi Finca Piedra Infinita Malbec is a highly expressive single-varietal red wine exuding on the nose freshly crushed red berry, clove and nutmeg aromas, along with mineral touches of graphite and wet stones. On the palate, this wine combines power with elegance, finesse with energy. With its medium body and silky tannins, this Malbec offers a complex and very long finish. There is no wonder that it has been rated the perfect 100 points by Robert Parker’s Wine Advocate for the 2016 vintage, which wine critic Luis Gutierrez called, “an extraordinary wine with a deep and complex character that shows all the expected attributes of a classic wine of its variety”.