Penfolds was founded in the year 1844, when pioneering couple Dr. Christopher Penfold and his wife Mary arrived in colonial Australia from the United Kingdom. They planted the vine cuttings...Read More

Penfolds was founded in the year 1844, when pioneering couple Dr. Christopher Penfold and his wife Mary arrived in colonial Australia from the United Kingdom. They planted the vine cuttings from France that they had brought with them and began producing medicinal wines for Dr. Penfold's practice. By 1884, the company was responsible for 1/3 of the total wine production of South Australia.

In 1948, Penfolds entered a new chapter of its history when Max Schubert was promoted to the role of the company's first Chief Winemaker. Through the 1950's, Schubert worked tirelessly to develop a red wine with superior potential for age, which would one day become Penfolds Grange, Australia's most famous and iconic wine. Since 2002, Chief Winemaker Peter Gago has led the dedicated team of Penfolds winemakers, upholding with each new vintage the great vision of his predecessors.

The Penfolds range is produced from a diverse collection of estate-owned and leased properties, as well as grapes purchased from trusted independent winegrowers. In total, fruit from roughly 220 different sources go into creating the wines of Penfolds, fruit taken from the most famous Australian wine regions, including the Barossa Valley (home to Penfolds iconic Magill Estate), Adelaide Hills, McLaren Vale, Coonawarra and Eden Valley. Besides Penfolds legendary flagship Grange, their portfolio includes the highly sought-after Bin number series - ripe and robust Shiraz and Cabernet Sauvignon with meaty, chocolatey touches rounding out a luscious black fruit core. Penfolds also produces a range of white wines, including a barrel-aged Chardonnay.

An adventurous young couple sailing aboard the Taglioni, bound for the New World with just a few vine cuttings from France in tow… One may wonder whether Dr. Christopher Penfold and his wife Mary could have imagined back in 1844, during their faithful voyage to colonial Australia, the immense legacy they would one day leave behind. 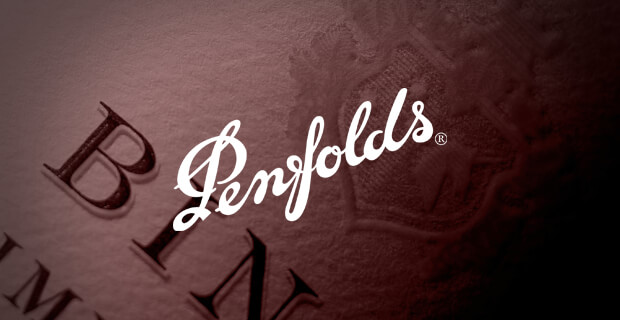 The Story of Penfolds, an Australian Icon

The story of Penfolds begins with two enterprising young pioneers who, in 1844, sailed aboard the Taglioni from the United Kingdom to colonial Australia, with just a few vine cuttings from France in tow. Upon arrival in the New World, they purchased the 500-acre (200-hectare) Magill Estate, choice land at the foot of the Mount Lofty Ranges, on the outskirts of Adelaide. Here, Dr. Christopher Penfold set about planting his vines, with the aim of producing medicinal wines, tonics and brandies under the Australian sunshine.

In the same year, 1844, the Penfolds wine company was officially established. While Dr. Penfold stayed publicly at the forefront of the operation, it was in fact Mary Penfold who set about experimenting with different blends as a way to achieve consistency from one vintage to the next. She taught herself everything there was to know about winemaking, and when her husband passed away in 1870, she took total control over the winery. Under her reign, the operation grew and by 1884, the company was responsible for 1/3 of the total wine production of South Australia. In that same year, Mary Penfold retired and left the management of the company to her daughter, Georgina Penfold.

In 1931, a determined young man by the name of Max Schubert joined the company as a messenger boy. Working his way up, he eventually became Penfolds very first Chief Winemaker in 1948. In 1950, Schubert was sent to Europe to learn about winemaking in Spain, Portugal and France. Upon touring the great chateaux of Bordeaux, Max Schubert was inspired by the vision to produce age-worthy wines that would stand the test of time.

He returned to Australia with a new dream: to produce his own wine, built to age, from Australian soil. In 1951, Max Schubert created the first vintage of his new experimental wine made from Shiraz, his grape of choice. While this bottling, which would eventually become Penfold Grange (today considered the most prestigious Australian wine) was not immediately met with success, Schubert continued to develop it through the 1950’s, until he was officially given the green light to produce it, just in time for the 1960 vintage.

Around the same time, in 1959, the Penfolds “Bin wines” were born. A Shiraz by the name of Kalimna Bin 28, produced from estate-owned vineyards in the Barossa Valley, became the first official Bin number wine released by the company. Today the Bin number wines portfolio has expanded greatly to include the Bin 707 Cabernet Sauvignon and Bin 389 Cabernet Shiraz, among many others.

From the 1960’s onwards, the international reputation of the company grew on a massive scale, fueled largely by the remarkable success of Penfolds Grange. In 1988, Max Schubert was named “Man of the Year” by Decanter and the 1990 vintage of his famous bottling was chosen by Wine Spectator as “Red Wine of the Year” in 1995. In 2001, on the 50th anniversary of its debut vintage, Penfolds Grange was listed as a South Australian heritage icon. The 2008 vintage of Grange received a perfect score of 100 points by both Wine Spectator and Robert Parker’s Wine Advocate.

Through its 175 years of winemaking excellence, Penfolds has only ever had four chief winemakers. Max Schubert was succeeded by Don Ditter (Chief Winemaker, 1975-1986), who expanded the portfolio with the Magill Estate and Koonunga Hill, also re-releasing Bin 707. Next, John Duval (Chief Winemaker, 1986-2002) created the RWT Shiraz (RWT standing for “Red Winemaking Trial”) and Bin 407, along with significantly developing the white wine portfolio with the re-release of the Yattarna Chardonnay.

In 2002, the Peter Gago took over at the helm as the fourth Chief Winemaker of Penfolds. Today Peter Gago leads the rest of the winemaking team, upholding the vision of his illustrious predecessors and ensuring Penfolds place at the pinnacle of Australian winemaking. He does so by maintaining the lofty standards set for Grange, all the while enriching the range with new additions, destined, one day, to become icons in their own right.

Today, the Penfolds vineyards span some of the most iconic terroirs of South Australia. While some of their single-vineyard bottlings are meant to show off the personality of estate-owned parcels, their multi-region and multi-varietal blends are produced from a combination of estate-owned vineyards, leased vineyards, and independently owned, trusted winegrowers. In total, roughly 220 different sources go into creating the Penfolds portfolio.

The Magill Estate, a 15-minute drive from Adelaide, is the historic home of Penfolds, planted with 100% Shiraz grapes used to produce the Magill Estate Shiraz and some vintages of Grange. In the Barossa Valley, the estate owns and manages the Kalimna Block 42, home to vines first planted in the 1880’s and considered the oldest still-producing Cabernet Sauvignon vines in the world. The Barossa Valley vineyards produce fruit used in several of their wines, including the Penfolds Bin 28 Kalimna Shiraz.

The cooler climates to be found in the vineyards of Adelaide Hills provide the ideal environment for Pinot Noir and the white wines, including Max’s Chardonnay. Meanwhile, the continental climate of McLaren Vale means cool winters, warm summers and gentle sea breezes, which help create magnificent wines, like the Penfolds Bin 289 Cabernet Shiraz. In Coonawarra, vines of Cabernet Sauvignon and Shiraz grow in soils of weathered limestone and terra rossa, producing powerful and complex red wines. And finally, Eden Valley is responsible for some of the finest Riesling in the world.

Winemaking at Penfolds, a Threefold Approach

Since its inception, over 175 years ago, the Penfolds winemaking philosophy has been threefold. The estate today seeks to produce 1) single-vineyard or single-block wines (highlighting the unique characteristics of a single terroir), 2) single-region or single-sub-region wines (showcasing the singular characteristics of a certain region through a blend of its diverse soils types, microclimates and aspects), and 3) multi-region and multi-varietal wines (displaying historic know-how in the art of the blend, with the aim to produce a whole greater than the sum of its parts).

With such a varied portfolio of red and white wines, it is impractical to speak of a single Penfolds winemaking style. For example, while the legendary Penfolds Grange is a multi-regional, multi-varietal blend aged in new American oak, the Max’s Chardonnay is a single-varietal Chardonnay and single-region white wine from Adelaide Hills, matured in French oak barrels, of which 17% are new. This Chardonnay reveals juicy stone fruits on the nose, including yellow peaches and nectarines, along with floral touches of white roses and jasmine. The French oak imparts a creamy texture to the palate, which balances beautifully with the natural flinty, chalky minerality of the wine.

The single-varietal Bin 28 Kalimna Shiraz blends several regions, though fruit from Barossa Valley dominate. This is a classic, ripe and robust warm-climate Shiraz from Australia, aged for 12 months in seasoned hogsheads of American oak. On the nose, stewed black fruit mingle with olive tapenade, tobacco and shoe polish, while the palate offers meaty, chocolatey and mocha flavors upon a full-bodied structure.

Meanwhile, the Bin 389 Cabernet Shiraz (nicknamed “Baby Grange” for being matured in the same barrels that held the prior vintage of Grange) is a multi-varietal blend, aged for 12 months in American oak. This Cabernet Sauvignon and Shiraz blend offers blackcurrants and cassis, followed by mustard spice, aniseed and peppercorn on the nose. The palate is generous and ripe, revealing meaty flavors, along with softened tannins.

Today, Penfolds is a leading figure in both Australian winemaking and in the international wine community. Under the direction of Peter Gago, the winery continues to uphold the values of it visionary founders, sourcing only the best fruit from the best regions of South Australia to produce wines that have captured the hearts of wine lovers around the world.

And the wines of Penfolds continue to set universal benchmarks for quality, as evidenced by countless awards and accolades received from wine critics both home and abroad. At Penfolds, a never-ending pursuit of innovation has resulted in a series of influential collaborations – with Thienot, National Geographic and Boeing, to name a few.

In a way, the story of Penfolds parallels the history of Australia, its development from a colonial settlement to an autonomous modern nation.