Cristal Champagne, the fascinating story of an iconic cuvee

The most iconic cuvee of the Louis Roederer Champagne House, Cristal is a champagne first born from the passion of one wine-loving Russian emperor. It was first created in 1876 exclusively for Tsar Alexander II. At that time, the reputation of Champagne was already growing in Russia, and the emperor commissioned the House of Louis Roederer to blend a special cuvée just for him. But why Cristal? Forever fearful of being attacked or poisoned, Tsar Alexander II made a special request: for his champagne to be presented in a transparent bottle instead of the green glass more common at the time. The bottle would also have to have a flat bottom to ensure that no explosive could be hidden underneath it. The name of this champagne comes from the noble material initially chosen to house it. The first prestige cuvée in history, Cristal was initially produced exclusively for the Russian market. It was not until 1924 that the sale of Cristal expanded all over the world, following the Russian Revolution of 1917. Since then, only the crystal bottle has changed. The shape of the bottle has remained the same, along with the imperial coat of arms that adorns it. Today, this sparkling wine is one of the greatest champagnes in the world, sought-after by wine lovers far and wide. 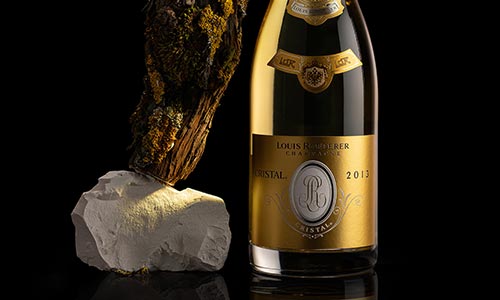 Cristal Champagne, a work of art made only in the greatest years

Cristal is an exceptional and rare vintage cuvee, made only in the greatest of years. Like a true work of art, this champagne takes form step by step, developing in the process a unique expression of its vintage. Made from a blend of Chardonnay (around 40%) and Pinot Noir (around 60%), this cuvee is above all a fine wine, offering a pure expression of its chalky terroirs of origin. The Cote des Blancs, the Grands Crus of Montagne de Reims and the Vallee de la Marne… Cristal brings together the greatest terroirs of the Champagne region. And, as the best things in life take time, Cristal matures patiently for at least 6 years in the cool, dark chalk cellars of the House, before aging another 8 months in the bottle after disgorgement.

Cristal by Louis Roederer, a symbol of harmony and purity

"A wine of pure pleasure and fine cuisine, Cristal is delicate and powerful, subtle and precise, all at the same time." This is how the sumptuous cuvee is described by Jean-Baptiste Lécaillon, the highly respected and talented Cellar Master of the House. Throughout its vintages, Cristal maintains this unique style, which makes the champagne so iconic. Its intense and expressive aromatic palette reveals a remarkable complexity through notes of citrus, white fruits and candied fruits. The bouquet is further enhanced by a delicate and elegant iodized minerality. This perfectly balanced champagne wraps the palate with its silky texture, offering an almost tactile sensation, revealing the finesse, power and purity of its limestone soils. And the energy locked inside each bottle of Cristal allows this exceptional champagne to evolve beautifully over times spent aging in the bottle ." 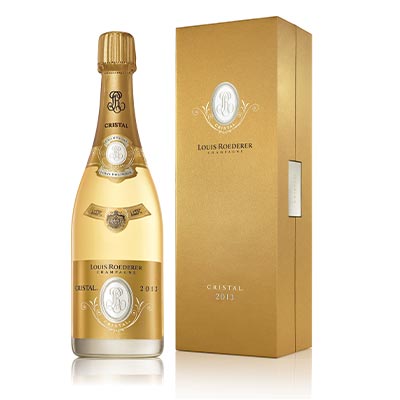 Born from a vintage that will be remembered for its particularly late growing cycle and glorious, sunny summer season, the Cristal 2013 has emerged from the depths of the Louis Roederer cellar and revealed itself to be a classic and remarkably age-worthy cuvee. In 2013 Chardonnay shined in all of its brilliance, lending this champagne a profound depth, complexity and salinity. Pinot Noir brought the blend to a higher dimension, imbuing it with a structure and texture indispensable for long-term aging.

This vintage offers a mineral concentration at its peak in an incredibly balanced and fresh champagne, which extols the quintessence of its chalky terroirs, along with the signature elegance of Cristal. More than perhaps any other vintage of late, the 2013 leans toward the soil, offering a genuine reflection of its unique salinity.

Cristal 2013 is more restrained in its early years, nevertheless bursting with plump, juicy fruit, like Mirabelle plums, ripe nectarines and candied oranges. Nuances of roasted hazelnut and a chalky minerality accent the fruity core beautifully. On the palate, this vintage is gentle, tactile and full-bodied, with an elegant yet powerful texture. The finish is savory and saline, evoking the excellence of its chalky terroir.

We are pleased to invite you to order now the Cristal 2013. As with each vintage of this exquisite prestige champagne, quantities are limited, so not hesitate to order! 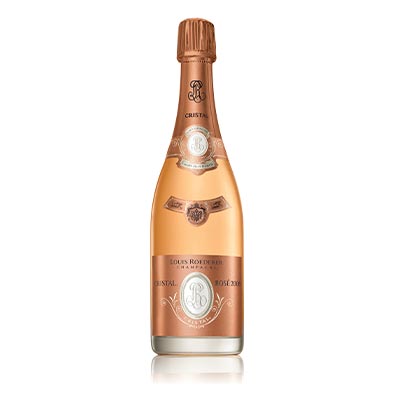 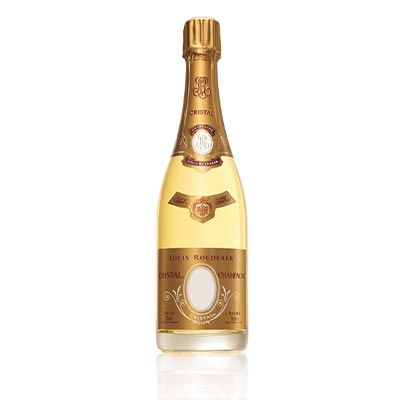 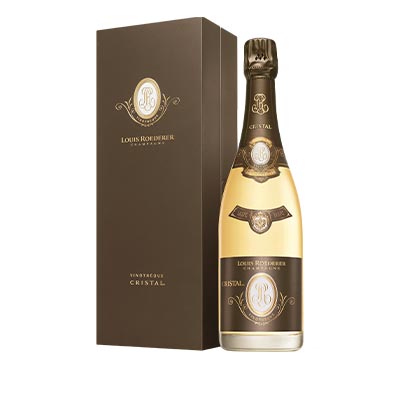 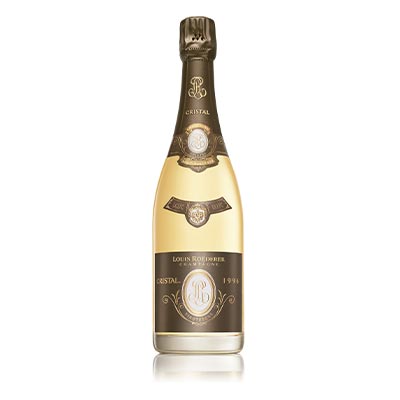 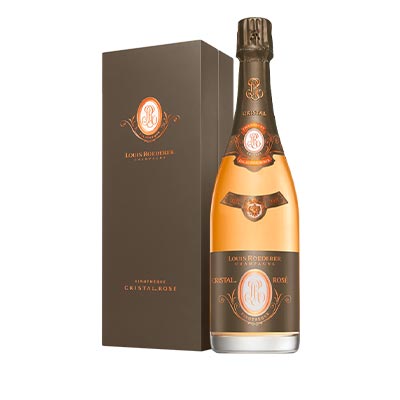