The Bisol family has been producing wine for five centuries, with historical references in Valdobbiadene dating back to 1542. Located in the heart of Prosecco and the Cartizze production zone,...Read More

The Bisol family has been producing wine for five centuries, with historical references in Valdobbiadene dating back to 1542. Located in the heart of Prosecco and the Cartizze production zone, the winery's growth has been closely linked to experimentation with new techniques, both in the vineyard and in the cellar, to produce top quality wines. Today, the Bisol estate is composed of more than 20 parcels located on the steep hills of Conegliano and also has three hectares of land in prestigious Cartizze.

Widely recognized as the “founding family” of Italy’s Prosecco Superiore DOCG appellation, the Bisol name has echoed across the valleys of Valdobbiadene for at least five centuries. Here, on incredibly steep and stony hillsides, the Bisol team carries out a “heroic viticulture,” carefully cultivating the region’s flagship Glera grapes exclusively by hand. Today, the company is run by brothers Gianluca and Desiderio Bisol, who represent the twenty-first generation of Bisol family winemakers and bear twenty-one generations of invaluable winemaking know-how. The Prosecco Superiore of Bisol are truly unlike any other. 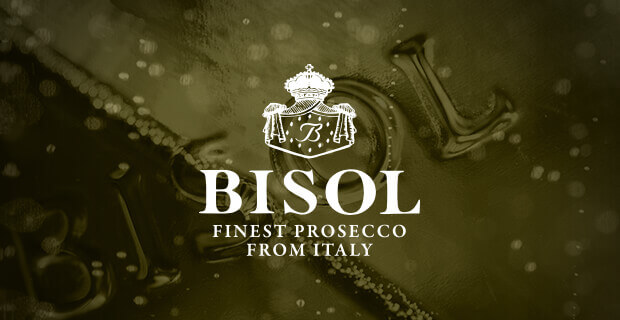 Welcome your guests at your next dinner party with a fluteful of Bisol Crede Brut, whose silky and polished palate reveals luscious mélange of pear, nectarine and fresh lemon flavors. Or, impress them with a bottle of savory and mineral Bisol Cartizze Dry, produced from the most precious terroirs of Prosecco Superiore.

The first official written record referencing the Bisol family as winemakers in “Chartice” (or today’s Cartizze hill of Italy) dates back to 1542. For the next five hundred years, this “founding family” of Prosecco would continue to cultivate the vine, passing their savoir-faire from one generation to the next. By the early 20th century, Eliseo Bisol was running a modest but successful wine business. During the First World War, the Valdobbiadene region was involved in defense against the Austro-Hungarian forces and winemaking was briefly interrupted.

Eliseo’s son, Desiderio “Jeio” Bisol revived the family business in the 1920’s with the support of his loving wife. Purchasing some plots of land in the Valdobbiadene and Conegliano hills, Desiderio divided the family business between his four sons, Antonio, Eliseo, Aurelio and Claudio. He instilled in his sons a sense of hard work and a quest for quality, which has remained at the heart of Bisol for generations to come. Specifically, Desiderio would search for very steep and difficult-to-work plots, whose steep gradient and soil composition would bring out the best in the region’s flagship Glera grape.

Today, the family company is led by brothers Gianluca and Desiderio Bisol, respectively the President & CEO and Chief Oenologist & Technical Director of the estate.

The 115 hectares (280 acres) of Bisol vineyards are divided into more than 20 different vineyards in total, spread out over the Prosecco Superiore DOCG Conegliano Valdobbiadene. The company cultivates 3 hectares (7 acres) of vineyards at an elevation of 300 meters (980 feet) on the Cartizze Hill, a kind of Grand Cru of Prosecco and home to the most sought-after terrain in the region. Nestled between the Adriatic Sea and the Dolomites in the Veneto region of northern Italy, the vineyards enjoy constant breezes, ideal temperatures and plenty of sunshine.

On the hills of Valdobbiadene, vines of Glera stretch their roots deep into crumbly soils with a high proportion of mineral salts and iron. These precious minerals are absorbed by the plant, lending rich noble acids and aromatic precursors to the Glera, Pinot Bianco and Verdiso grapes. Bisol’s “Crede” Prosecco Superiore is named after the clay-laden soil from which it is produced. This soils stores water and allows the vines roots to access it in the event of drought, alleviating water stress. Meanwhile, their “Molera” Prosecco Superiore comes from hills with thin chalky rock soils, which contribute delicate mineral notes and fresh white flower fragrances to the resulting wine.

The steep, rocky slopes of the hillside make any mechanical vineyard work impossible. Instead, the cultivation and harvest have to be carried out by hand, a work referred to in Italy as “heroic viticulture”. In fact, the Bisol viticultural team invests up to one thousand hours to cultivate each hectare of vines, which is estimated to be roughly ten times as much time as needed for mechanized viticulture in the plains. The vineyards are cared for using environmentally sustainable techniques that seek to promote the natural health of the vines.

Bisol produces a range of different Prosecco styles, from Brut to Extra Brut, using the Charmat method. By this method, the secondary fermentation is carried out in stainless steel tanks and then the wine is filtered and bottled under pressure. However, the estate is also pushing the boundaries with its Millesimati portfolio, made with the Champagne method using the grapes of Prosecco. The vinification is carried out in a way that maintains the distinct expression of each unique vineyard site and its characteristic soil.

The wines age in the Bisol cellars, which are carved into the rocky landscape of Prosecco Superiore. This “natural cave” maintains a constant temperature between 10°C and 15°C (50-59°F), ideal for preserving the estate’s bottles.

The Bisol Crede Brut comes from a vineyard with clayey soils in the appellation of Valdobbiadene Prosecco Superiore and is made with roughly 85% Glera grapes blended with Pinot Bianco and a local variety known as Verdiso, which lends freshness and an elegant bitter touch to the wine. This Prosecco reveals fantastic green apple and white flower aromas on the nose, leading into a silky and polished palate full of pear, nectarine and lemon flavors. A touch of sweetness balances the wine’s natural acidity beautifully, making this a very refreshing Prosecco that is easy to drink. The perfect choice for entertaining friends at your next events, pairing nicely with a wide assortment of cheeses.

And from the precious, south-facing Cartizze vineyard in the appellation of Valdobbiadene Prosecco Superiore Cartizze comes the Bisol Cartizze Dry made from 100% Glera grapes. This sparkling wine displays a straw yellow color and very lively effervescence in the glass. On a very delicate nose, it offers wildflower fragrances, as well as rich apricot, tart apple, honey and freshly squeezed lemon aromas. On the palate, this Prosecco is savory, mineral and balanced, revealing a beautiful airy, light texture. A fantastic food pairing wine, the Bisol Cartizze Dry will go beautifully with barbequed king prawns or the most refined desserts.