Sometimes, a single sip of a wine is enough to inspire major changes in direction. When Guillaume d’Angerville of Volnay winemaking excellence was served a bottle of Arbois Chardonnay at a Parisian...Read More

Sometimes, a single sip of a wine is enough to inspire major changes in direction. When Guillaume d’Angerville of Volnay winemaking excellence was served a bottle of Arbois Chardonnay at a Parisian restaurant back in 2007, he could not believe that what he was tasting did not come from his native Burgundy. So impressed was he by the quality and singular expression of this wine, that he set out with his long-time estate manager Francois Duvivier on a quest to discover Jura and to select the best parcels for his new estate. Five years later, Domaine du Pelican was born, its debut 2012 vintage produced from a biodynamically cultivated, historic plot near the town of Arbois. Since then, the estate has slowly expanded its range to include terroir-driven white and red wines from both Burgundian and Jura grapes, produced in a non-oxidative, distinctly Burgundian style. These are wines of humbling purity and a perfect balance of tension and body, whose fresh fruit aromas and signature mineral touches lend them to a wide range of food pairings. 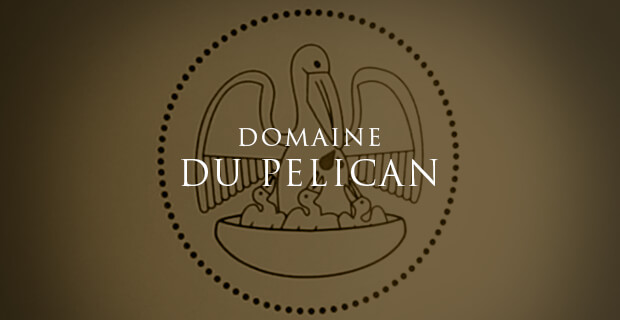 The Story Behind Domaine du Pelican

Back in 2007, Guillaume d’Angerville of the Burgundian estate Domaine Marquis d’Angerville was dining in a two-star Michelin restaurant named Le Taillevent in Paris with his wife Pauline. When the sommelier arrived at his table, d’Angerville requested that a bottle be served blind and that it be from anywhere other than Burgundy. Upon tasting the wine, d’Angerville called the sommelier back, fully convinced that he had made a mistake. After all, he believed, the wine was clearly a Burgundy Chardonnay... Except that it wasn’t. What Guillaume d’Angerville and his wife tasted last night was the Arbois Les Bruyères 2005 Chardonnay made by Stéphane Tissot in the Arbois area of Jura, a region which would come to play a crucial role in d’Angerville’s career. Inspired by the outstanding quality of this Chardonnay wine from Jura, the Burgundian winemaker set off on a journey to discover this all-but-forgotten wine region.

Upon his return from Paris, d’Angerville set in motion his plan to buy property in the Jura. He contacted geologist Yves Herody to draw up a soil analysis of various vineyards and convinced his long-time estate manager Francois Duvivier of the outstanding potential of the Jura terroir. The search for the perfect location lasted from 2008 until 2012. In 2012, D’Angerville and Duvivier established a state-of-the-art winery at Chateau Chavanes in the Montigny-les-Arsures area, which was surrounded by a 5-hectare stretch of biodynamically managed vines, tended to with great care by former owner Francois de Chavanes.

From this first plot, the debut 2012 vintage of Domaine du Pelican was born. The pelican featured in the name and on the labels of the estate was chosen by Francois Duvivier, as the bird is a symbol for the picturesque Jura town of Arbois, where the domaine is established.

Also in 2012, a 5-hectare site called Grand Curoulet became available and was purchased by the team. This plot, formerly owned by natural wine maker Jean-Marc Brignot, boasts one of the most precious terroirs of the region, although it required extensive replanting as it had been neglected. In December of 2014, Domaine du Pelican took over 4.25 hectares (10.5 acres) of the vineyards of influential Jura winemaker Jacques Puffeney, nicknamed “the pope of Arbois,” upon his retirement. In just a short time, Domaine du Pelican has become a must-know reference of Jura, producing wines that offer a superb representation of the region’s inspirational terroirs.

An Inspiring Terroir in the Jura Region

The vineyards of Domaine du Pelican are situated in the prolific Arbois AOC appellation of the Jura wine region in eastern France. The estate comprises roughly 15 hectares of land, of which 4 are planted with red grapes and 11 white grapes. More specifically, 45% of the red plantings are dedicated to Pinot Noir wine and the rest to native varieties of the Jura region, 35% Poulsard (or Ploussard) and 20% Trousseau. Around 40% of the white plantings are dedicated to Chardonnay, while the remaining 60% is Savagnin, the flagship grape variety of Jura. The vines of the estate are 25-years-old on average.

Jura is characterized by a cool continental climate, with cold winters and warm summers. The region receives plenty of rainfall, although the well-draining Jurassic marl and limestone soils help get rid of the excess. Most of the best vineyards are planted on south-facing hillsides in order to maximize the vines’ exposure to sun and to help ripen the grapes in time for the harvest despite the cool climate. Nevertheless, the region suffers frequently from frost in the spring as well drought in the summer. The estate team is dedicated to biodynamic viticulture and harvest is carried out manually each year.

The classic Jura wine region wines are made in a style similar to Sherry. By not topping up the barrels, wine producers encourage a “flor” of yeast to grow over the surface of the wines and as the wines age. This layer of yeast imparts certain aromas and flavors (in the form of acetaldehydes) to the wine, including notes of overripe apples, toffee and nuts. At Domaine du Pelican, the team produces wine from the Savagnin grape of Jura, but not in the local style. The barrels are topped up as they age to prevent oxidation, producing “Savagnin Ouillé,” which puts the emphasis fully on the terroirs, rather than winemaking. The Savagnin wines are aged for 10 months in 500 liter old oak casks, while traditional used Burgundian barriques are used for the Chardonnay.

The protective style of winemaking is Burgundian in nature, although not all of the wines of the Pelican estate are made in a Burgundy style. For example, the red wine Les Trois Cepages blends three red grape varieties: Pinot Noir, Poulsard and Trousseau. D’Angerville has also recently began to produce a “vin jaune,” made from late-harvested Savagnin in the Sherry-like “flor” style. Recently, the Pelican range has expanded to include some single-vineyard wines, which offer unique expressions of the estate’s most celebrated parcels.

A Range of Artisanal Jura Wines

Today, Domaine du Pélican produces a select range of white wines from the flagship Savagnin region of Jura, as well as Chardonnay wines that rival some of the best white Burgundies. Their simplest Arbois Chardonnay is made with a blend of grapes from various estate parcels. This 100% Chardonnay reveals a fragrant bouquet of white fruit (white peaches and yellow apple), along with fresh citrus and sweet floral fragrances. On the palate, this Jura wine presents a very clean and pure profile, with a fantastic tension, unctuous texture, bright acidity and very elegant mineral finish. This is a great choice for your next picnic or barbecue, pairing exquisitely with grilled fish and fresh seafood.

The estate’s Grand Curoulet Chardonnay is a single-vineyard bottling from a famous site overlooking the town of Arbois. The vines here are planted in grey marl soils on north-facing slopes in quite a windy location, where the grapes ripen later in the season, achieving great concentration and complexity with additional “hang time.” This Chardonnay presents an intense nose of fresh lime as well as saline, iodized touches and a rocky minerality. Rich flavors of vine peaches reveal themselves against a very racy and elegant palate, which continues into a very long, saline finish. This wine will pair beautifully with a host of fine foods, including pâtés, ripe cheeses and freshly shucked oysters.

Another single-vineyard white wine by Pelican, the En Barbi Chardonnay comes from a south-facing vineyard sheltered from the wind, where the grapes reach full ripeness in time for the harvest. This wine is known for its magnificent tension and minerality, as well as its smooth, soft palate and its bright acidity. The nose displays fresh floral and citrus fragrances, underlined by notes of flint and an earthy touch. This wine will pair nicely with a roasted chicken seasoned with fresh herbs, veal in a creamy mushroom sauce, grilled boudin blanc or crispy falafel.

The Pelican Trois Cepages bottling blends three varieties: 60% Pinot Noir, 5% Poulsard and 35% Trousseau. This is a food-friendly wine with bright red fruit aromas and touches of rose petals on the nose. The palate is surprisingly rich, offering fantastic fruit concentration, a silky texture and generous structure. The finish is unmistakably Jura, offering a saline acidity, stony minerality and savory, earthy hints. This is a wine that is perfectly enjoyable in its youth, but which also has the potential to age beautifully over the course of a few years in the bottle.